Outback Motortek sponsored rider Kinga Tanajewska a.k.a. On Her Bike was involved in a head-on collision vs. a car. She ended up with a broken leg, bruised limbs and a broken heart. She and her trusted adventure bike the BMW F800GS were totaled. Spin in the story? It all happened 30 minutes after she had installed Outback Motortek lower and upper crash bars and skid plate… 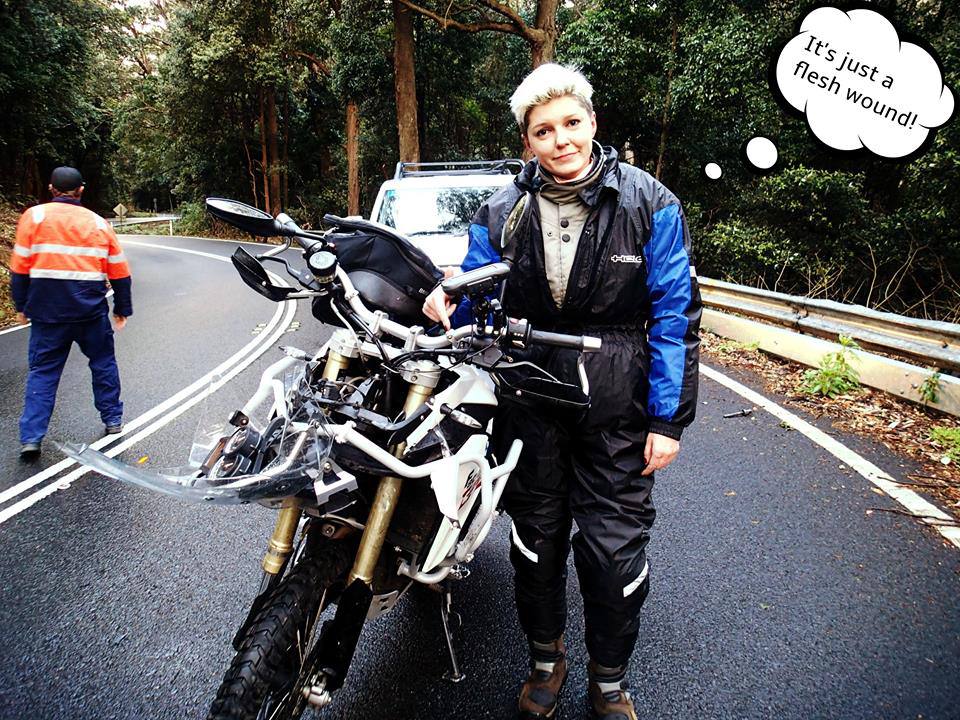 Here’s what she said after the crash:

‘Just after I had installed my shiny, new Outback Motortek lower and upper crash bars and skid plate I was volunteered to become a crash test dummy by a car that decided to come to my side of the road …yep. I’ve now tested this gear in one of the worst case scenarios – a head on collision with a relative velocity of 70 km/h!

Even though the front of the bike took a massive hit, the Outback Motorcycle crash bars and skid plate performed brilliantly – they fully protected the engine and the side of the bike. The engine, side fairings, pegs & mirrors were unscratched – very impressive!’

Click here to see the crash and its aftermath: https://www.youtube.com/watch?v=ifBUK-TEKzw

Photos of Kinga’s new F800GS outfitted with Outback Motortek farkles are coming in a couple days!

Edit: Kinga’s newly outfitted bike has arrived. See the photos below and make sure to “like” her on Facebook: https://www.facebook.com/onherbike/ 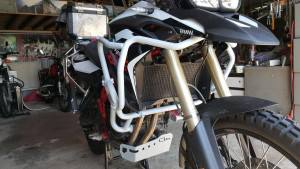 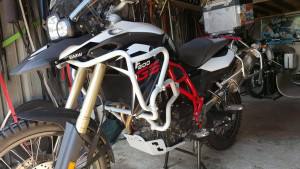