We torture test our crash bars prior to beginning sales. The Outback Motortek Yamaha Super Ténéré 1200 crash bars are no exception.

Why should they be? They’re just as important as our Africa Twin 1000 or BMW R1200GS crash bars. As a matter of fact, Yamaha’s design is slightly different from the “other” bikes as they put the radiator fan on the side of the bike by the tank. A decent blow to this vital part and one’s adventures could “go south” really quickly.

So, besides protecting the radiator fan, our crash bars must prove that they can also protect the pricey plastic elements and more importantly the radiator. The latter is vital in a sense that without it the ride will be canceled. Ouch.

Not too long ago I posted a blog about our crash bars development here. Read upon it before proceeding.

We went into this extreme torture test thinking we had done a great job but on the basis of “you never know” we gave it a good workout. And by extreme I mean we used the same “tool” as with the BMW R1200GS here. A fork lift and its instant torque by the touch of the accelerator pedal! 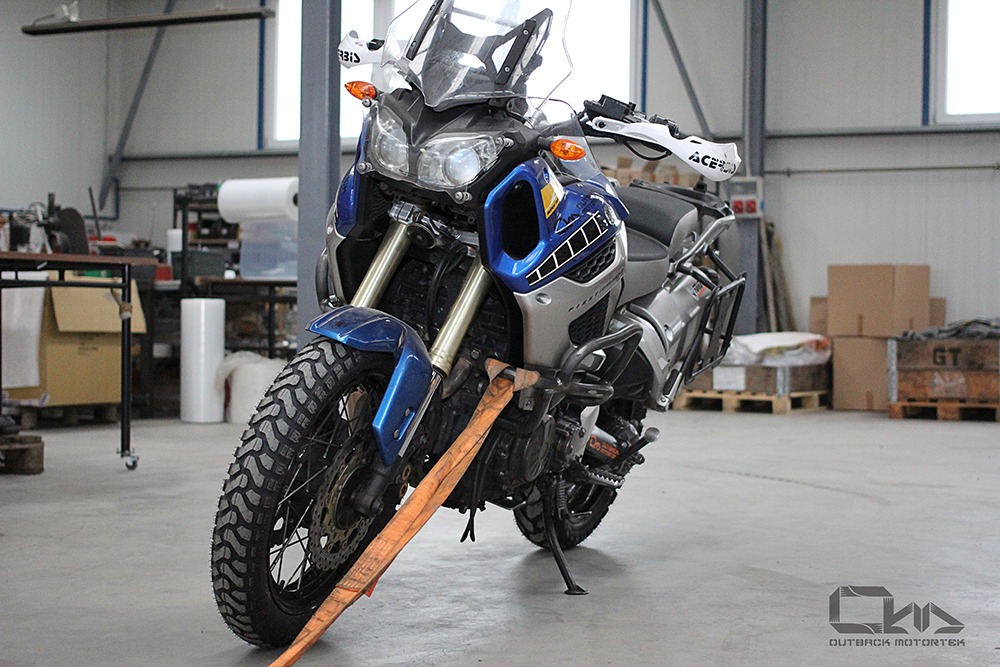 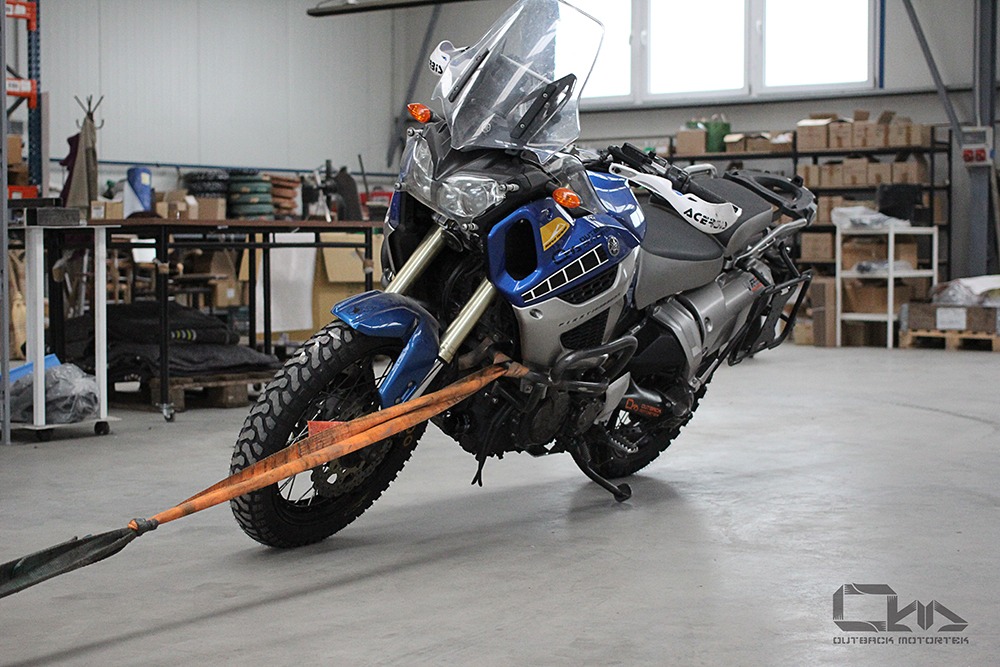 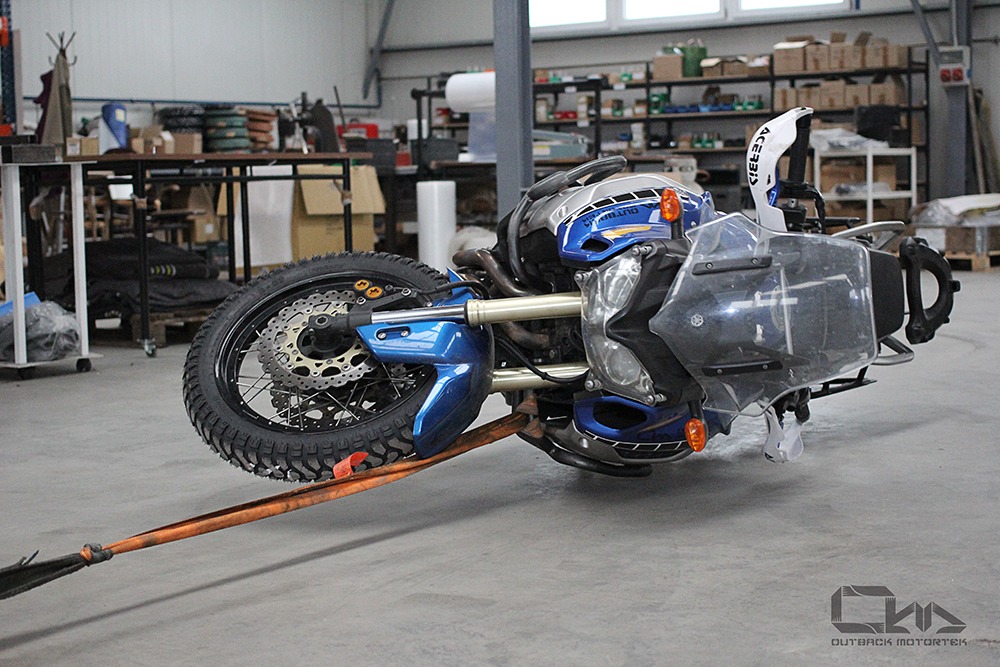 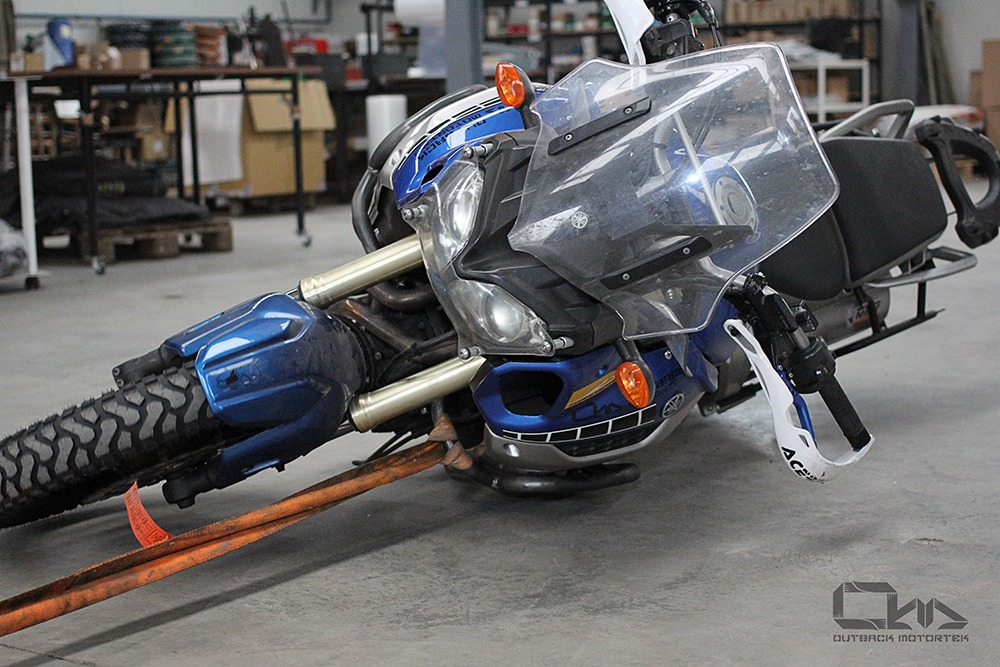 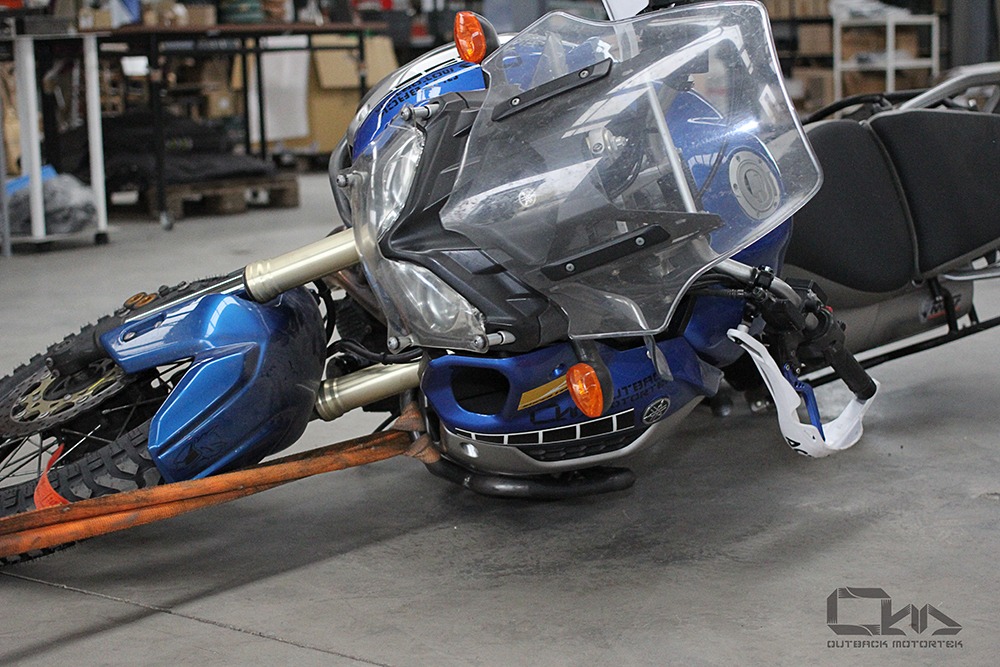 We recorded the crash bars test using three cameras setup in different spots. After playing the crash in slow motion did we notice what just happened. The impact was such that the bike actually bounced 2-3 times before it gave in to gravity and let the fork lift just tow the Super Tenere. Insane!

Add the fact that this is one of the heaviest adventure bikes out there coming in at 261kg/575lb (wet)! We gathered priceless footage to put us on the right track in regards to the next and hopefully final improvements. 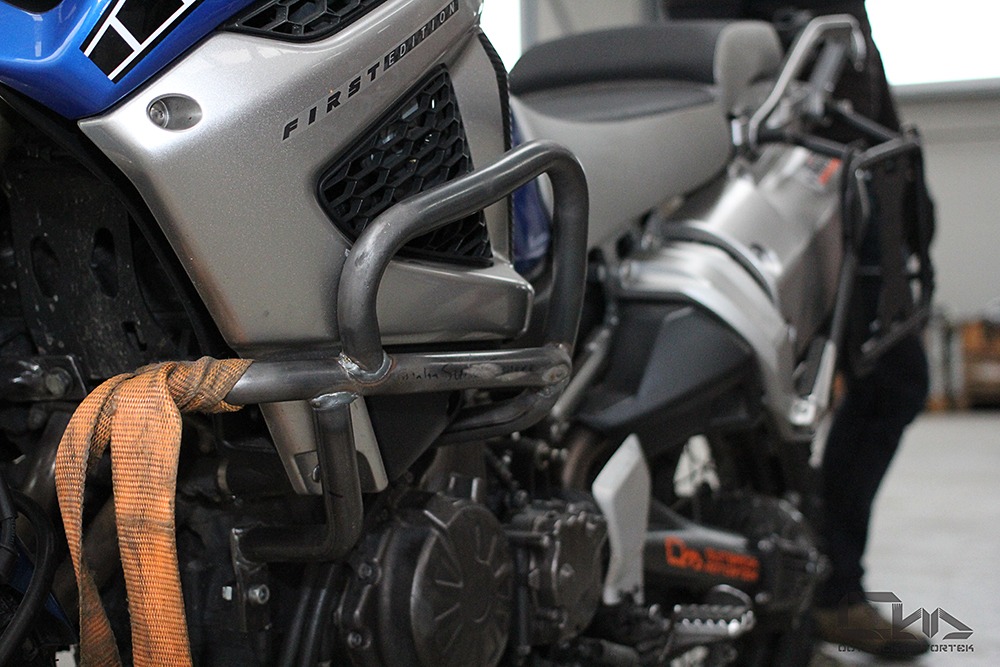 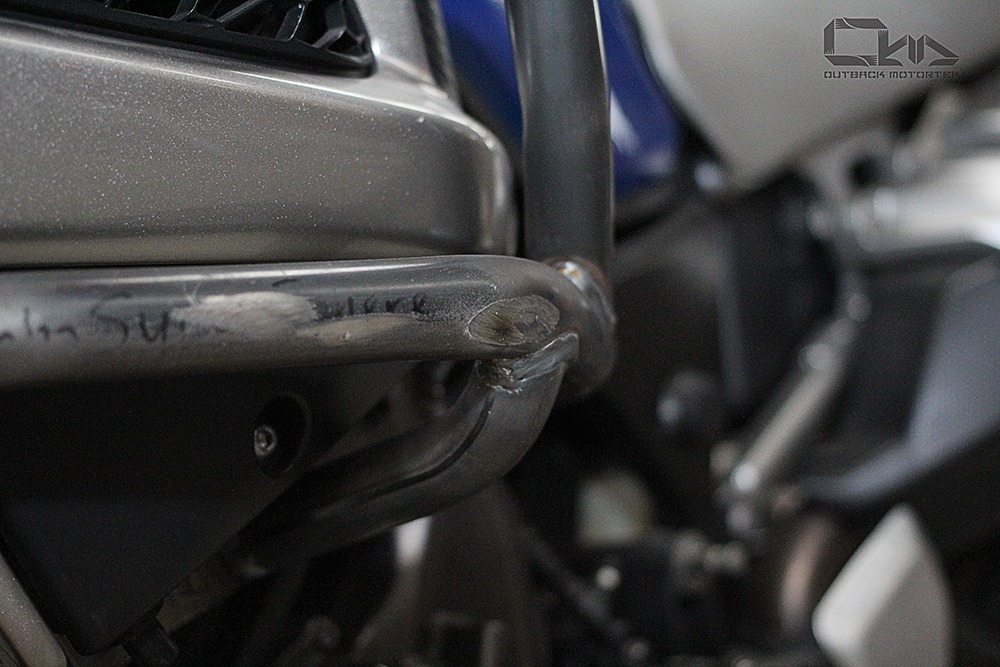 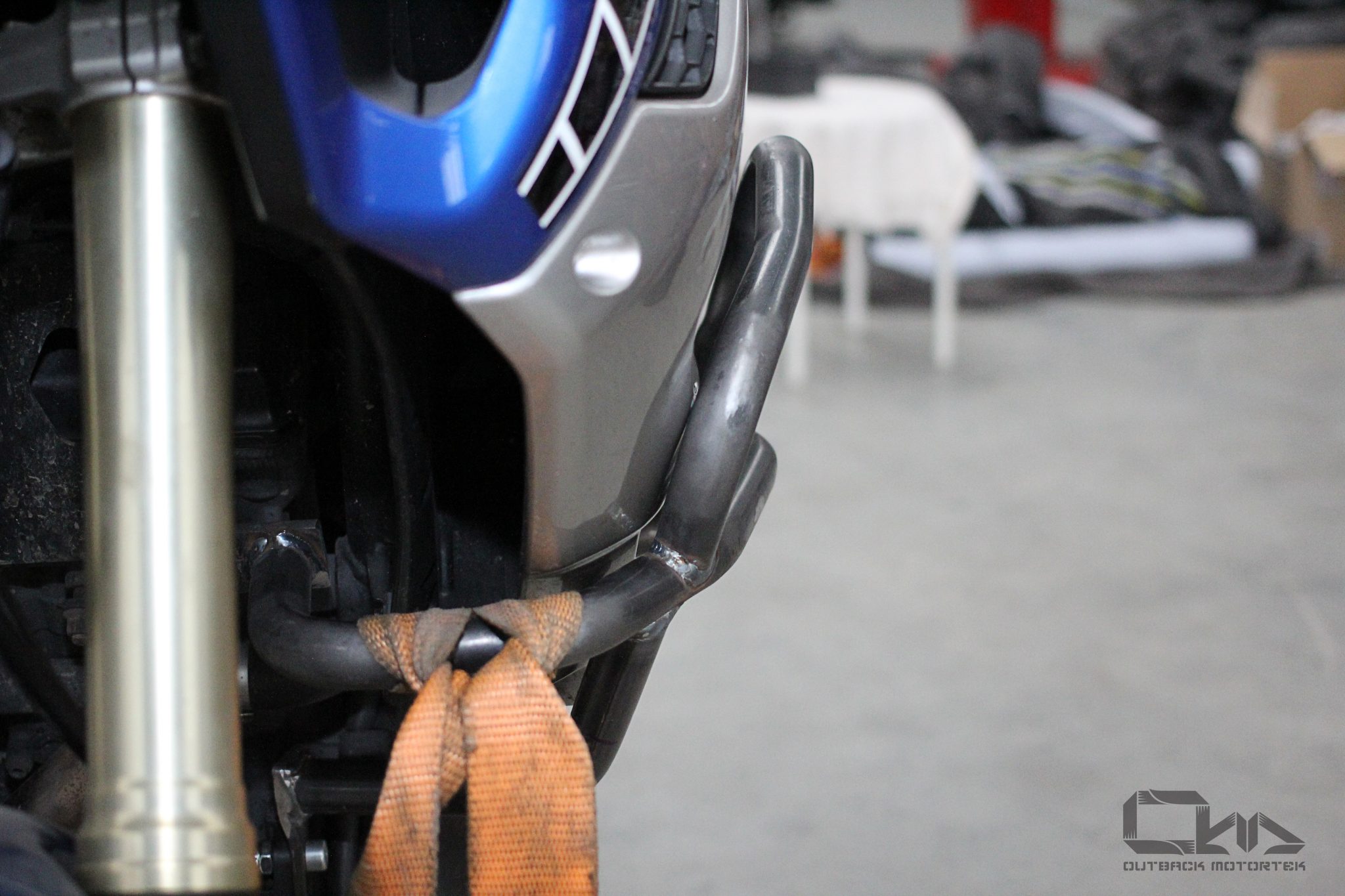 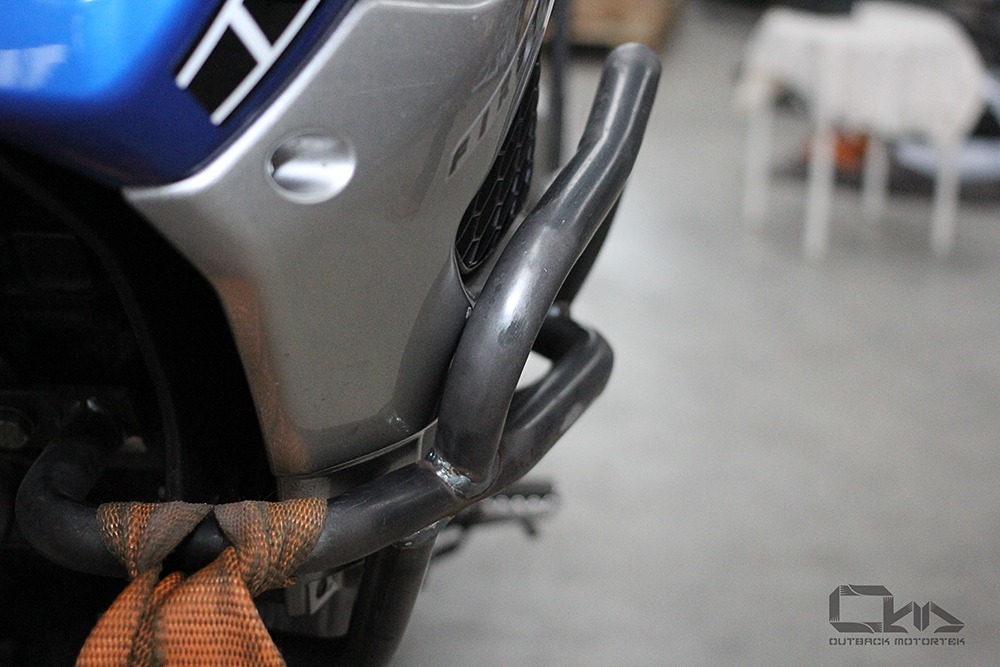 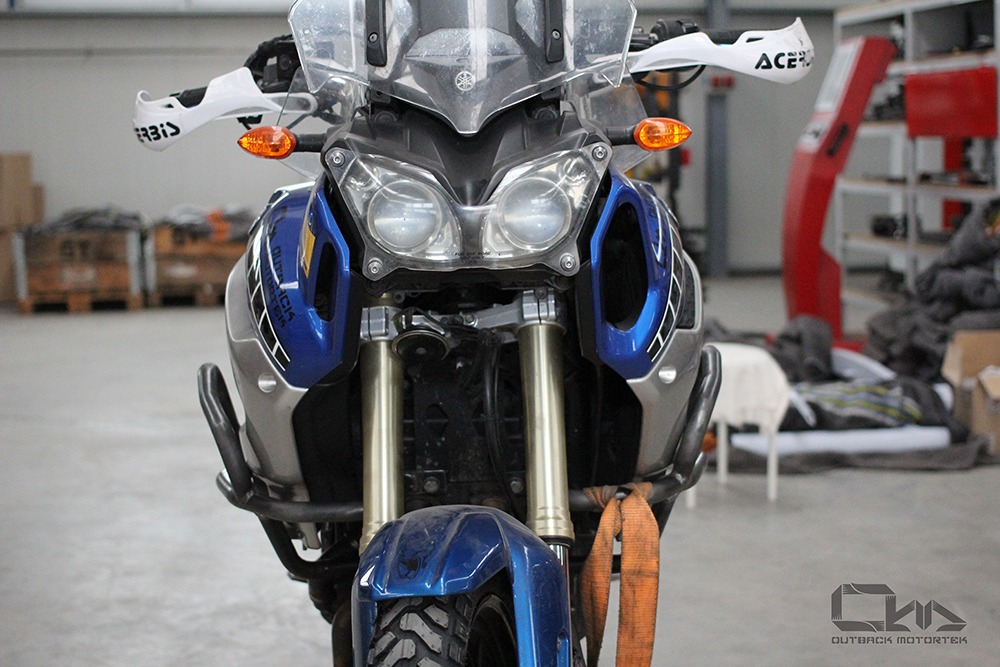 It’s obvious that the left side bar shifted due to the impact. Not a bad thing at all. Something needs to absorb the impact and sometimes the only way to do that is by bending.

Having all these results at our disposal will surely give us the courage to prepare for one of the most insane crash bars torture test we produced since 2014.