Outback Motortek has been reviewed by the biggest

Outback Motortek has been reviewed by the biggest

Quite literally! BMW MOA Owners News has been around for decades and their popularity is unquestionable.

In 2015, we attended the Horizons Unlimited Ontario event as vendors and presenters. Our outdoor booth was across a bunch of cabins where a gentleman, named Mark was staying. On the second day of the event he walked over to us to figure out what’s Outback Motortek is all about. He seemed to like our products. After chatting for a little while, he walked away with his latest purchase and addition – a rear luggage rack – to his most-farkled F800GS I had ever seen. 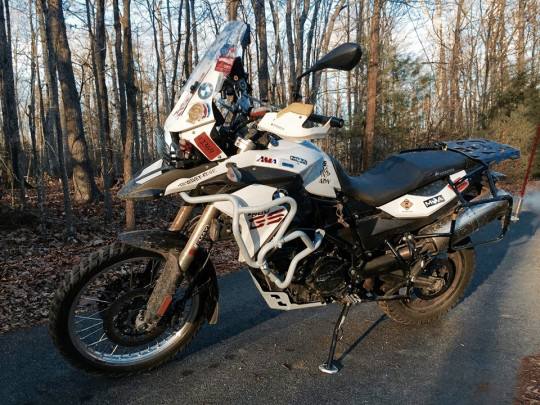 Long story short we remained in touch after saying “good bye” at the Horizons Unlimited meeting. Mark really wanted more accessories on his beloved twin parallel GS. In order to do that, he had to remove some other accessories that he wasn’t too impressed with. Upper and lower crash bars from Outback Motortek were his new choices. I must admit, he was heavily influenced by Kinga’s head on collision vs a car on her F800GS.

New crash protection was installed now. What else is there? “Why don’t you get a decent skid plate?” I asked. “May as well!”, replied Mark.

I guess it was easy after seeing how the skid plate took the abuse during Kinga’s collision.  Yes, the front wheel on Kinga’s 800GS got jammed into the skid plate and it protected the entire exhaust header system, oil filter and oil cooler.

Time had passed by but Mark and I were still in touch. Him being a long-time member of the BMW MOA Magazine and having submitted a handful of product reviews (he loves farkles!), he had the idea of writing up a story about our products, customer service and just Kelli and I in general. Almost forgot to say, Mark, his lovely wife and us spent some time at other events like the Overland Expo East and Horizons Unlimited North Carolina meeting. We certainly learned a lot about each other.

Back on track now, sometime in March 2016 Mark had sent me his first copy of the review. It was three pages long! The toughest part was still ahead of us: getting it approved by BMW MOA. 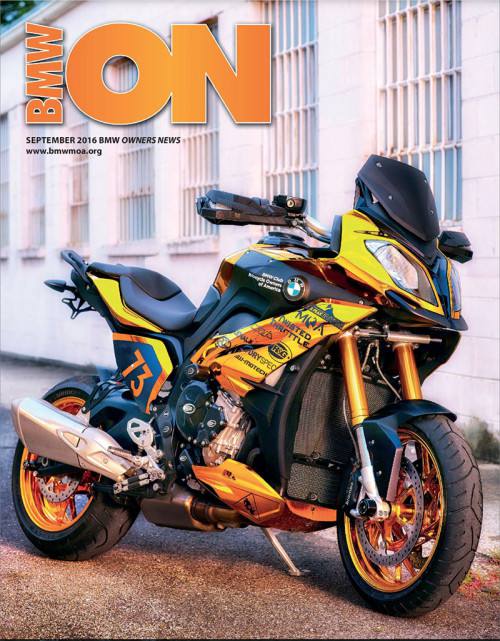 A couple of weeks had gone by when I received an email from Mark, saying “approved!”. It put a huge smile on my face and I felt a lot of pride making it into the largest and most recognized BMW magazine in North America, if not in the world. 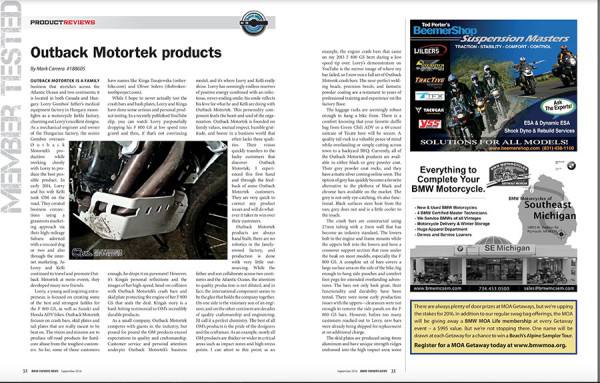 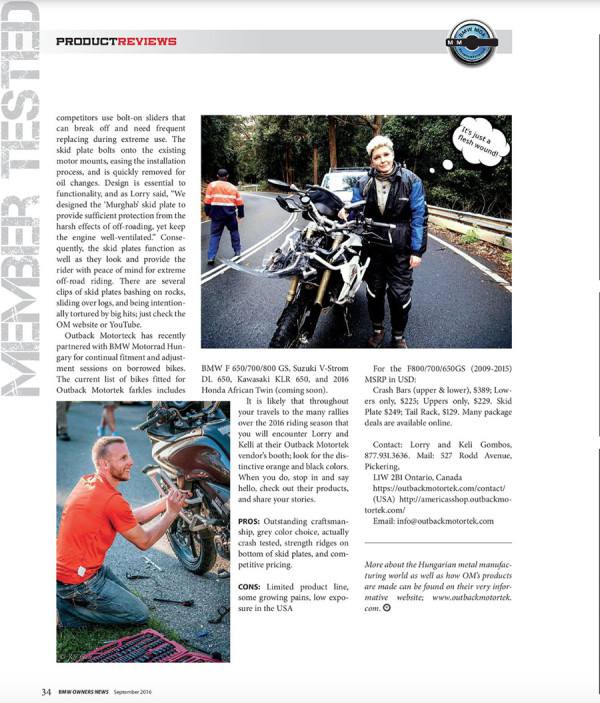 All credits go to Mark Carrera for making this happen. Mark, besides being a long-time MOA member, he also runs operations at the GS Giants that has become a pre-event for all BMW MOA Rallies.