Our test ride review of Yamaha Tenere 700 vs. KTM 790 Adventure

Our test ride review of Yamaha Tenere 700 vs. KTM 790 Adventure

This is not a click-bait post. Without sounding arrogant, we’re the first in the world to review and test ride both bikes side by side. Total coincidence though. Pure luck.

Our KTM 790 Adventure was delivered to us in April, which was not extraordinary. The real surprise came when our Yamaha dealer called to pick up the bike.

Let’s not rush ahead though. This is an iconic moment. These two bikes are probably the most anticipated adventure motorcycles of 2019 for a number of great reasons. Many of us have been craving for a lighter, more nimble adventure bike. Unfortunately the Husqvarna 701 and KTM 690 are not the perfect answer for many of us due to the uncomfortable seat and vibrations produced by the single cylinder engines. As great as those two bikes are, they can’t be considered for long days of “slab” or highway riding.

Yamaha first in 2016 November and KTM right after in 2017 announced their plans to create a mid weight adventure bike to cater to those who were seeking a light, off-road capable adventure motorcycle. It stirred up the market without a doubt. Fast forward to 2019 January and the first 790 Adventure S and R models were coming off the conveyor belt and headed straight to their owners who prepaid months ahead. Reviews began to spread all over YouTube and various portals as well as social media. KTM’s 790 Adventure was stealing hearts. We almost forgot the Tenere 700 by Yamaha. Then solid specs, proposed release dates, photos and videos began to pop up all over the media. 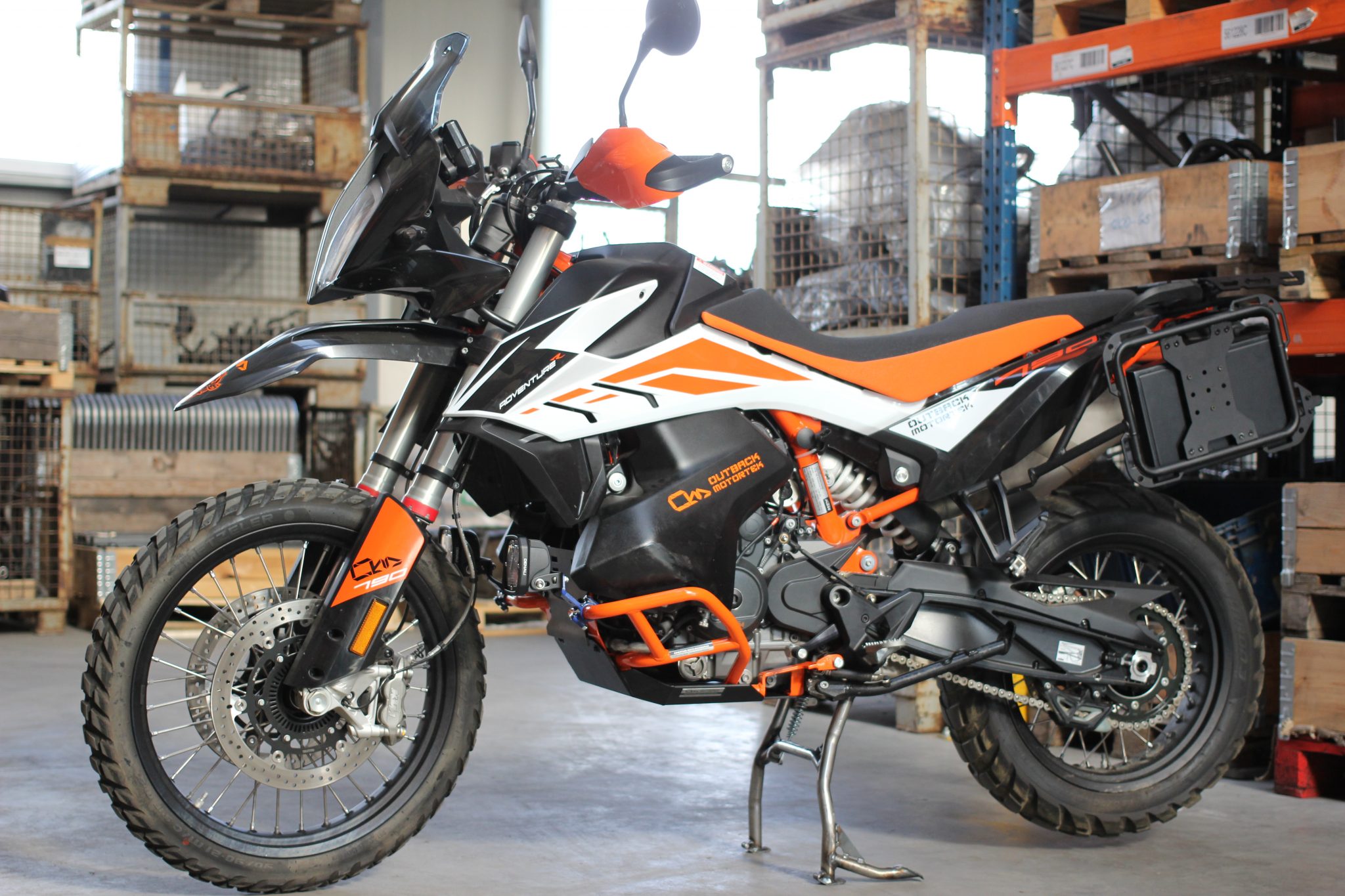 Yamaha was getting ready to put up a good fight vs. KTM. Hurray! We knew we’d be heavily spoiled by the competition these two new machines would offer.

Hold the horses though! Yamaha’s specs of the Tenere 700 referred to a tamed bike compared to the 790 Adventure and many disregarded the comparison. I’m not one to pay much attention to horsepower, suspension travel and electronics. It never bothered me, if I was on a 15hp scooter or race spec Suzuki GSX-R 1000 with 190hp on the rear wheel. Both can be fun as long as one has the right approach and expectations. 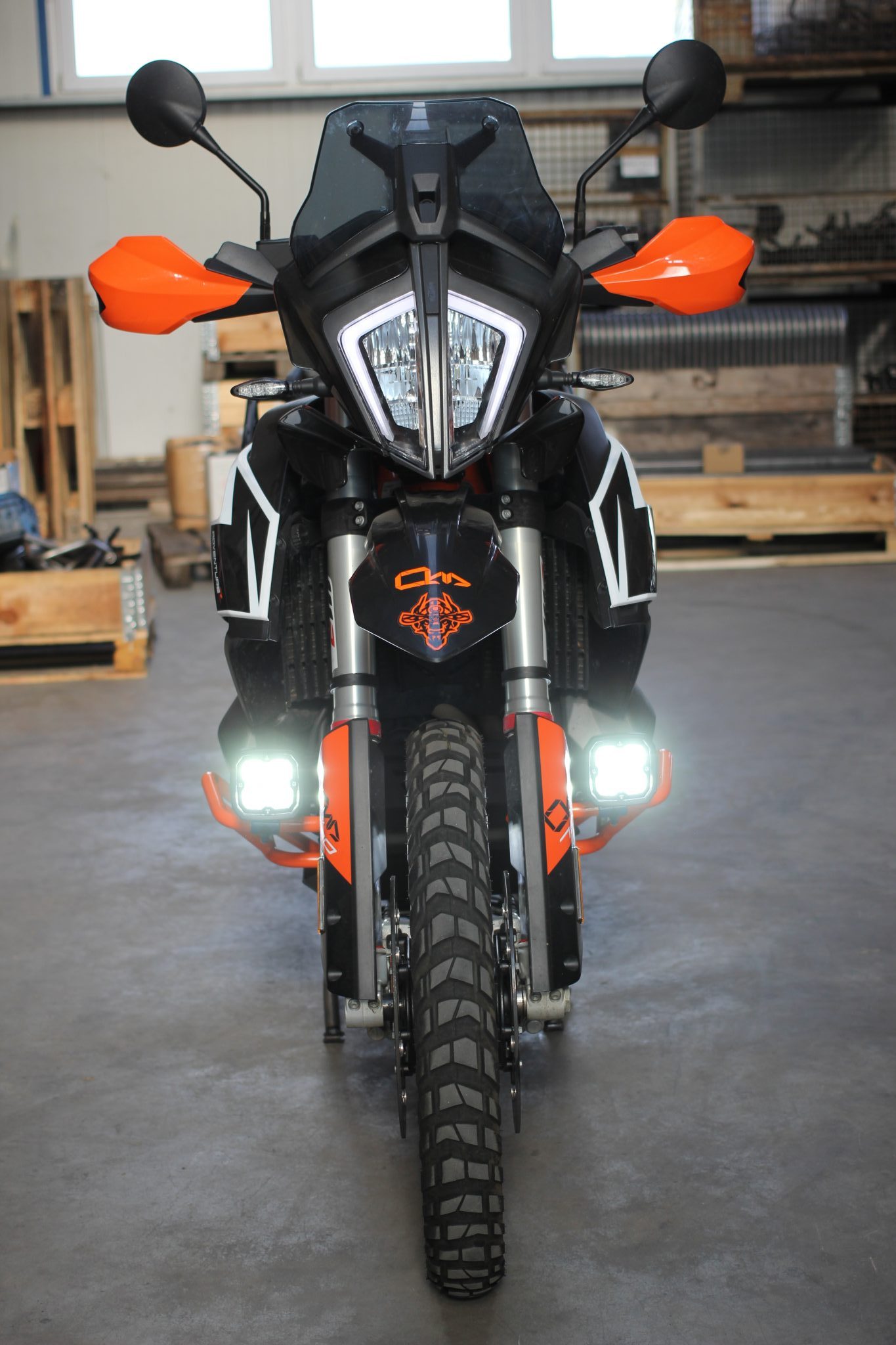 Anyhow, back to the Tenere 700. It certainly seemed like the bike will be underwhelming due to the cheaper components as a result of the much cheaper price tag.

Let’s put aside everything we’ve been told about both motorcycles by the manufacturer and journalists though!

So, about that call from our Yamaha dealer. In May, 2019 I dropped by to inquire about a potential delivery date and to put down the deposit. It seemed like it’d be a lengthy wait as they were guessing late September or likely early October delivery. “No worries”, I thought and we moved on to continue the development of our 790 Adventure products. 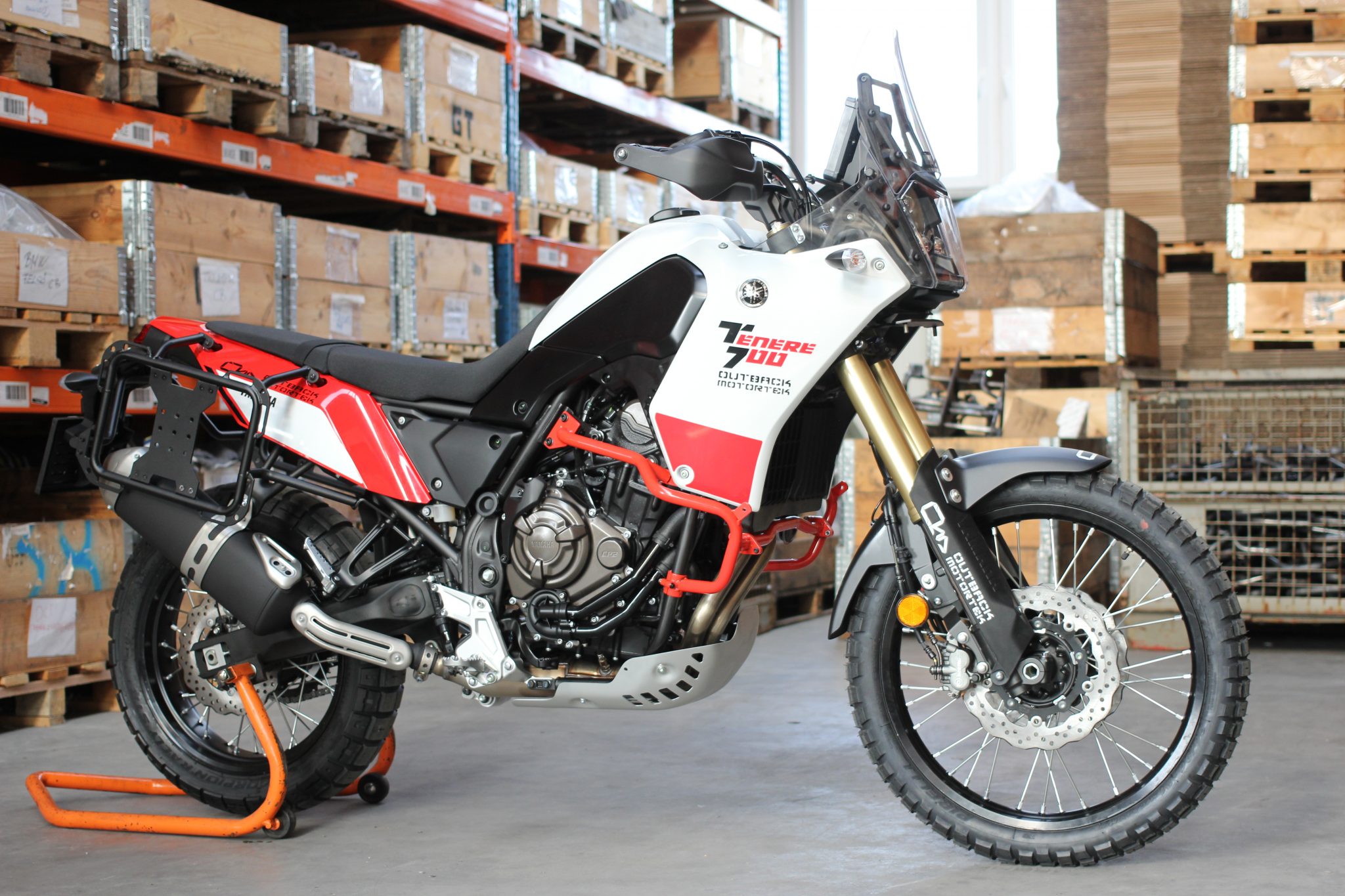 Fast forward to August, 2019 I had begun to see Tenere 700s in possession by their owners on social media to my biggest surprise. In the very same time, we started receiving inquiries for Tenere 700 crash bars, skid plate and pannier racks. It was getting exciting but where’s our Tenere 700!? Let’s make a call to the Yamaha dealer.

“Certainly. You can come to pick it up in a week”. 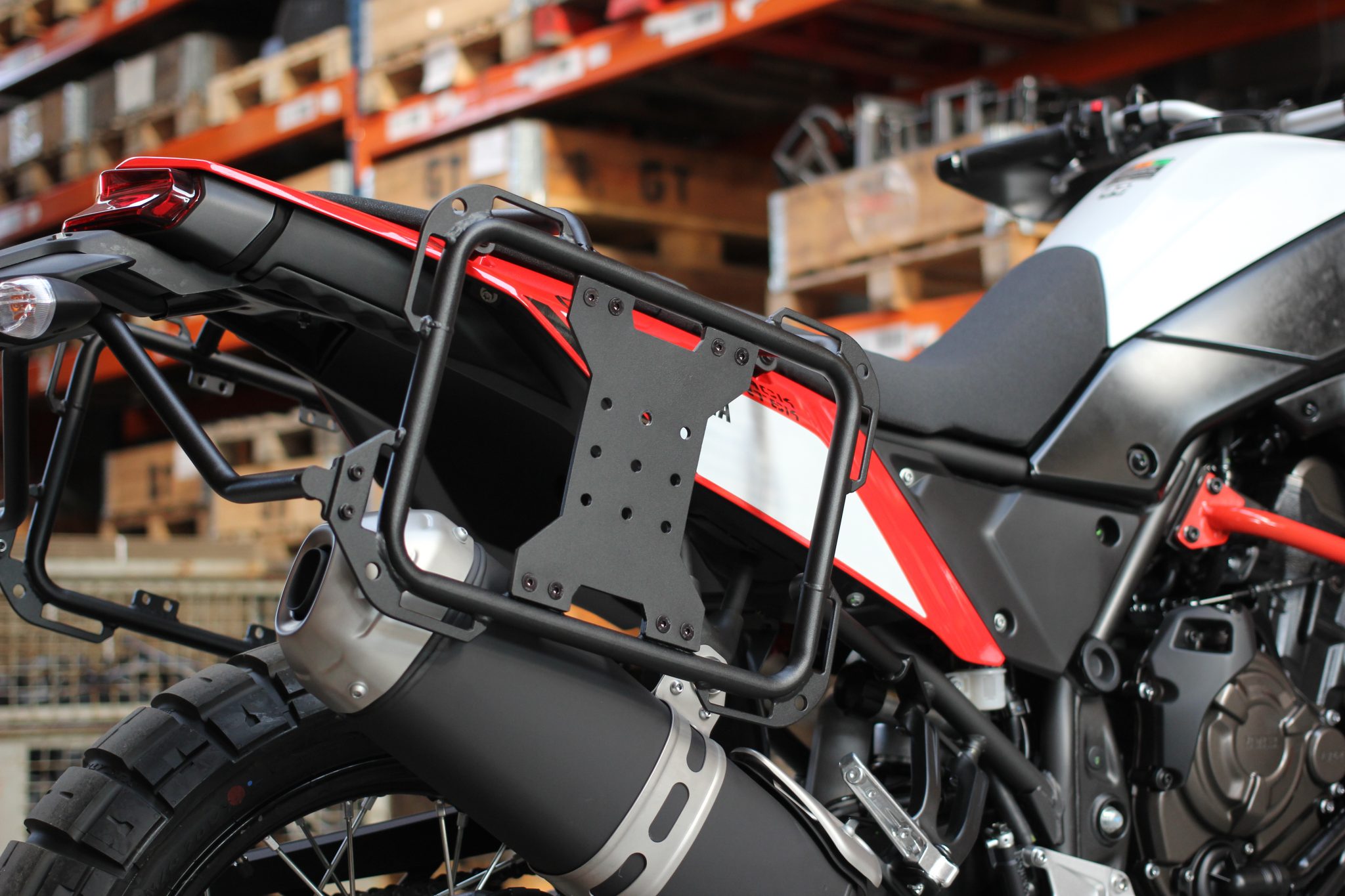 The rest is history. I labeled it pure luck. We received our lovely red/white Yamaha Tenere 700 by mid August. How awesome!?

I won’t be mentioning anything about our product development for the Tenere 700. I’ll write up a separate post. 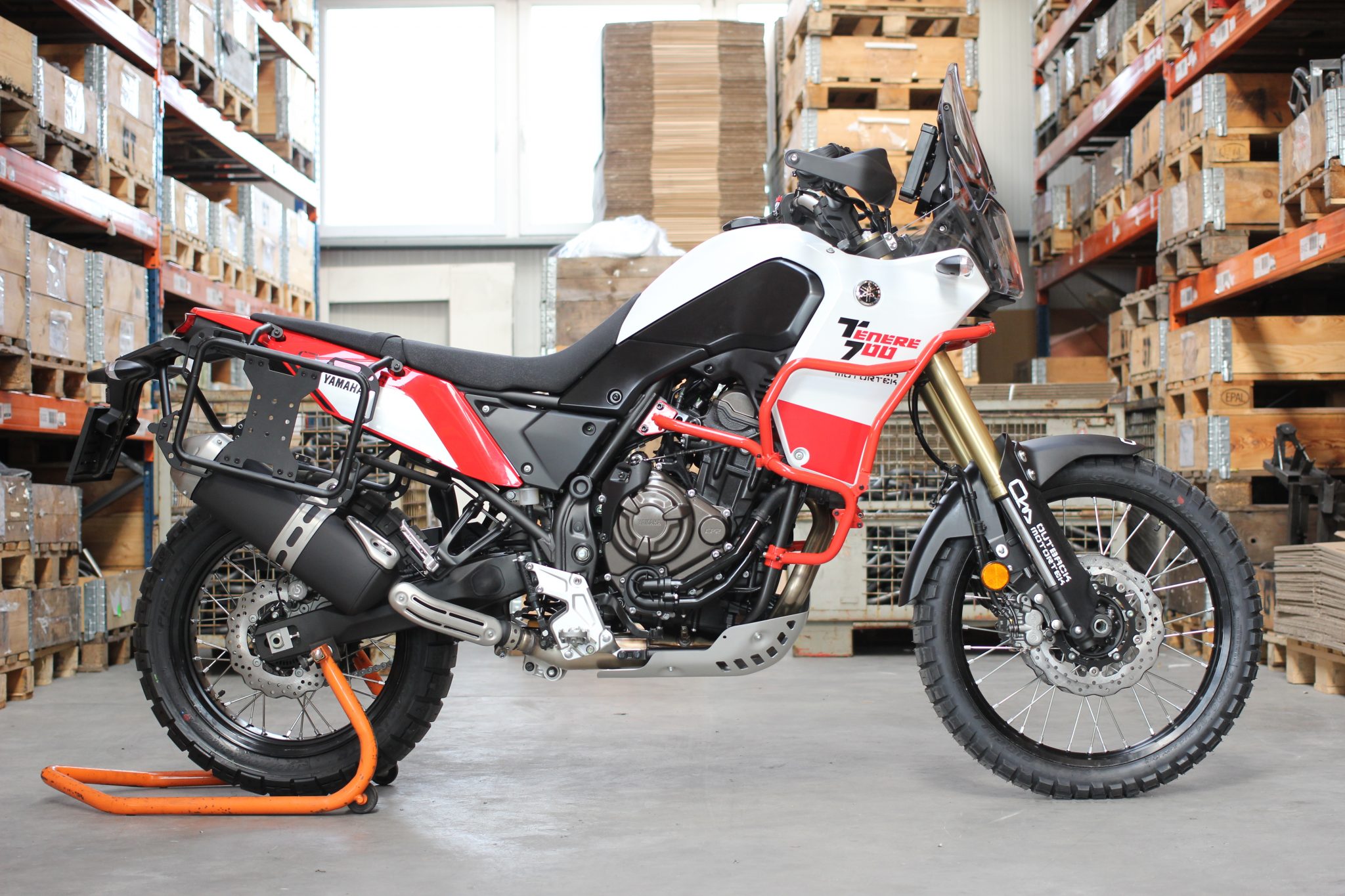 After a few days of working on making products for the Tenere 700, we just couldn’t wait any longer. It was time to take the Tenere 700 and 790 Adventure out for a “rip”. Let me tell you, we couldn’t stop swapping bikes back and forth with my dad. Pure fun all the way but it was interesting to take notes of the differences. There are a few but it’s not obvious. I could write an entire novel about it but how about a video?

Yup, we got it! While out there riding, we thought “Why not shoot some footage”. We did so and I put it all together in a 26 minutes long video. Enjoy the review. YouTube link is below: