We can say that this development project has taken us the longest. Can you guess the reasons?

It’s the boxer engine. There’s absolutely nothing wrong with it per se but the cylinder heads are extremely exposed to potential damage. Designing crash bars for it demands extreme measures as well that goes beyond just simple computer simulations.

Hence we continued to improve upon our BMW R1200/1250GS crash bars. It’s past tense now as we’re a couple of development and testing phases ahead of this version below but I still want to share some of the changes we had made to this version.

If you’ve not read the blog post of the first prototype, then click here before you read this one.

After learning quite a bit about the first tests’ results, we came up with some new features. 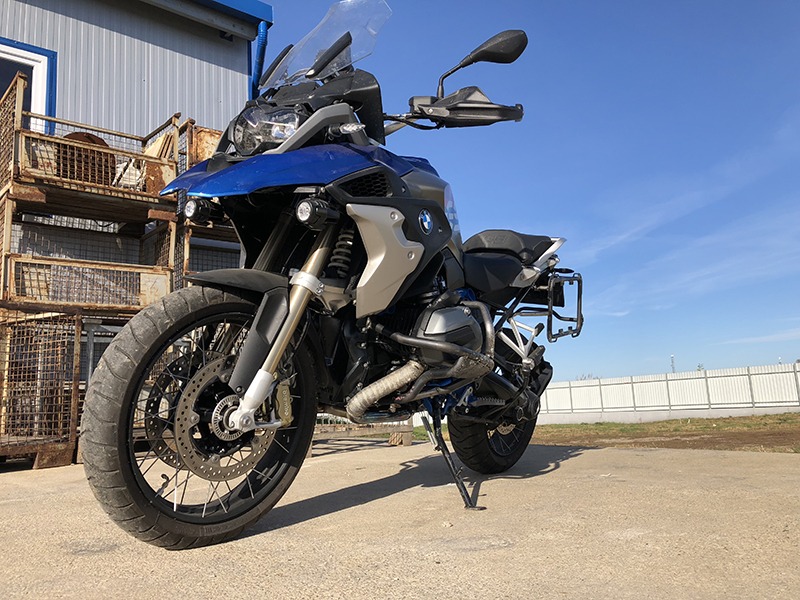 Things were looking much better now with the steel plate welded in. It provided a much necessary shield between the ever-exposed cylinder head and sharp rocks. 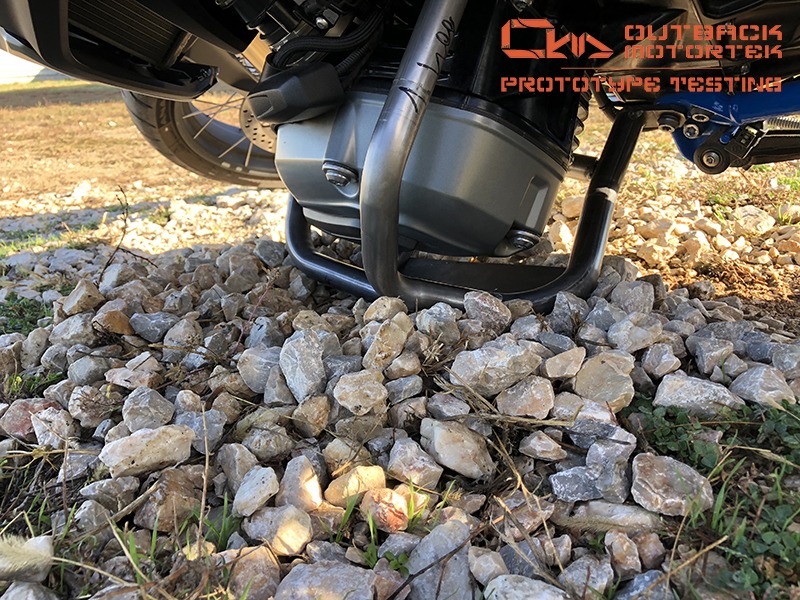 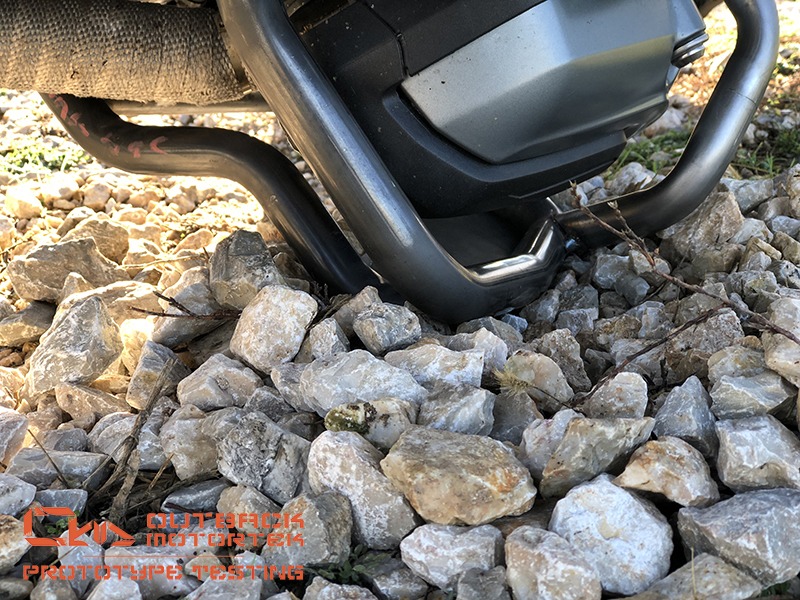 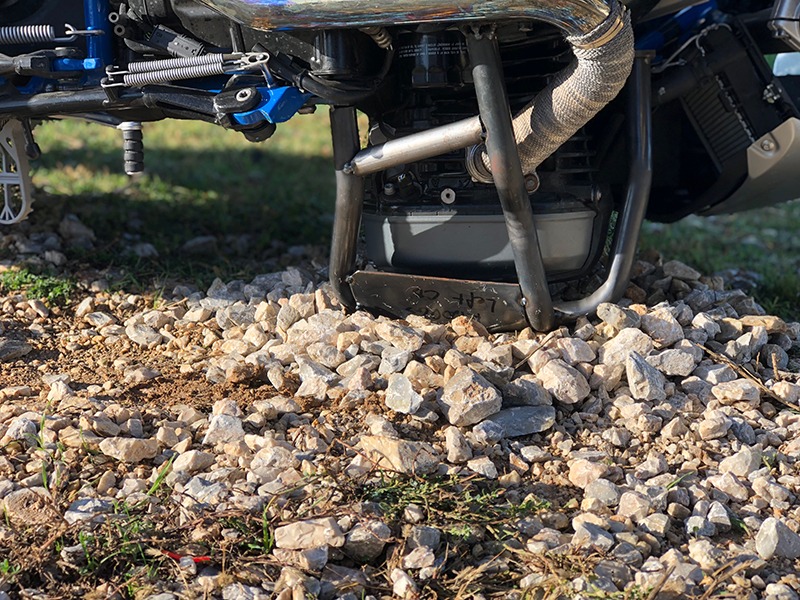 It became evident that we would need to carry on with working out additional features. Slightly more coverage doesn’t mean only throwing on more steel plates but to position it properly as well. 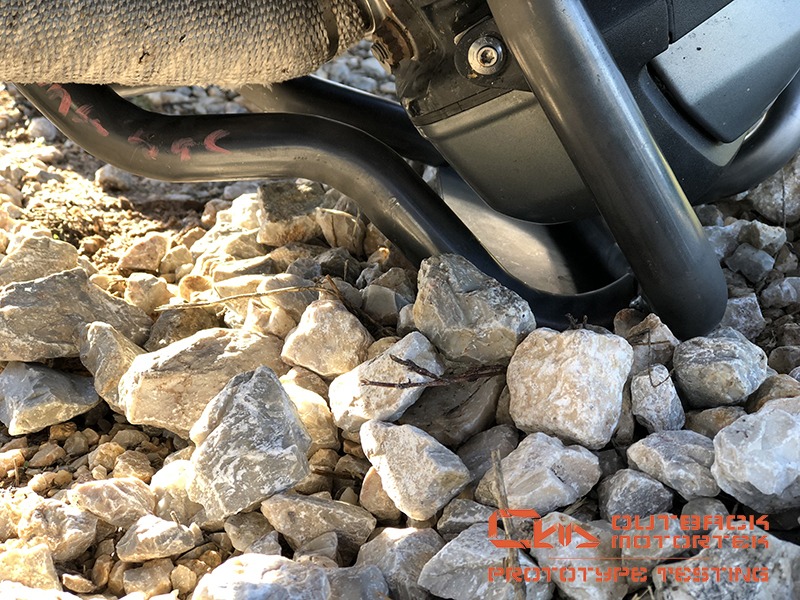 In fully tipped over position we discovered that the structure was simply shifting too much, even with the freshly added upper brace (tubing on the top). It’s still beneficial because it helps distribute impact more evenly. 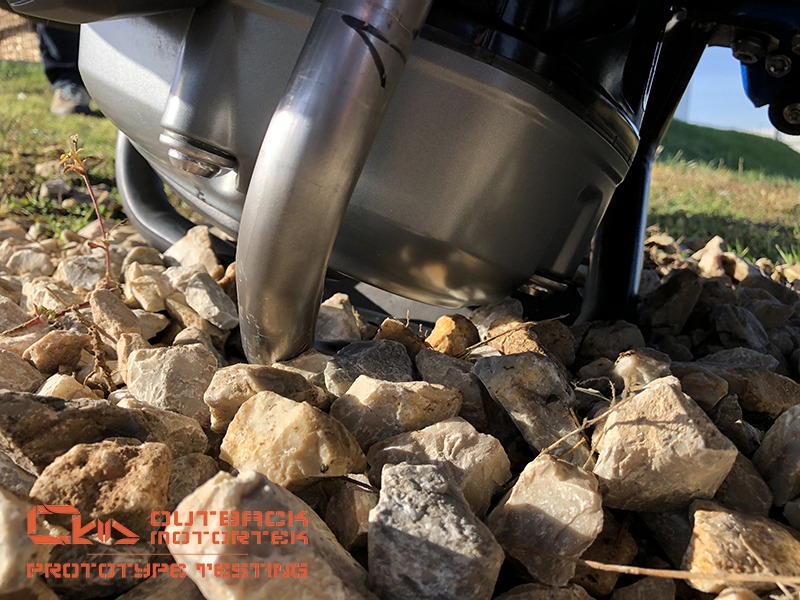 As you can see in the photos, the crash bars was only tack welded (spot weld) but we still achieved what we wanted: new results with additional components.

By sunset on the very same day, we already had a few improvements in mind. Stay tuned. 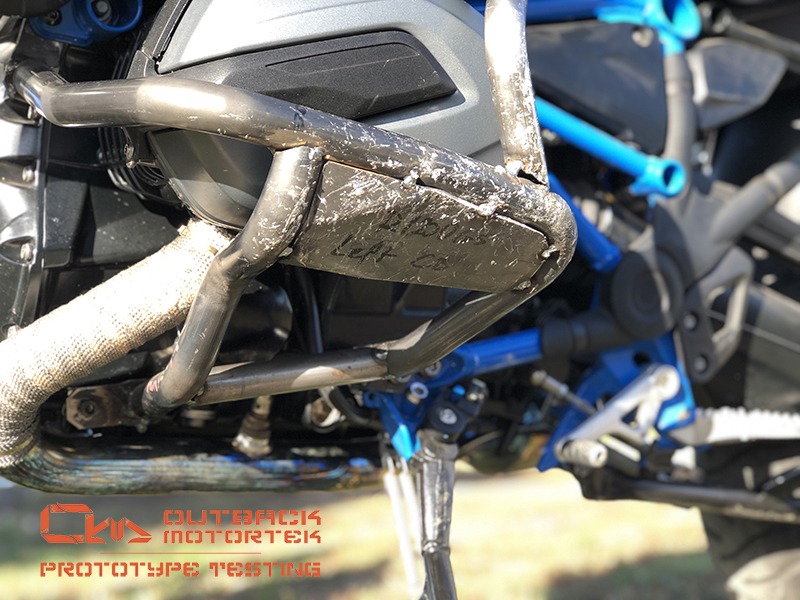 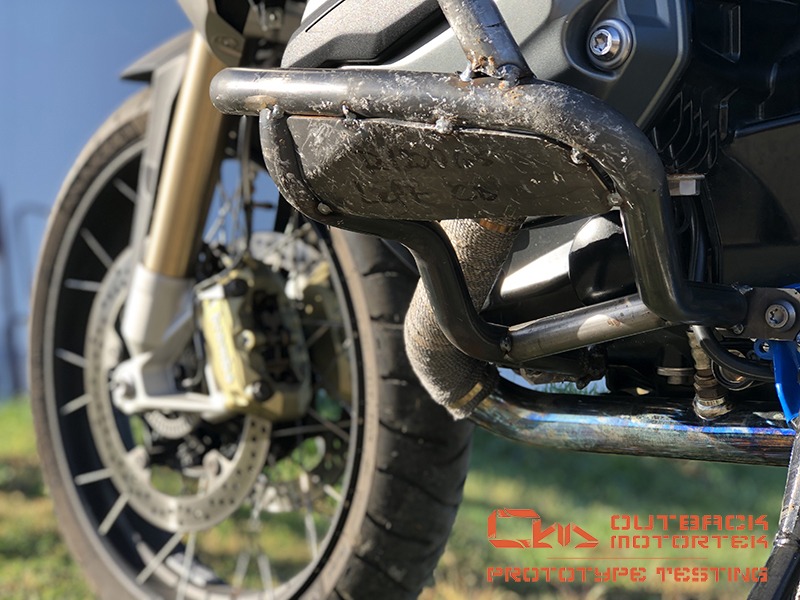