Cobblestone. Rain. Slightly above zero celsius degrees. Motorcycle ride with buddies. Does it sound like recipe for disaster?

It could very well! And it sort of did for Gregory – also known as Eotiel who’s known to review and test motorcycle gear for fun on Youtube and in magazines. This time it wasn’t meant to be a test though, just a ride with the biker buddies.

Lucky for Gregory and his bike, they were both protected and escaped with some bruises only. Not too bad considering that the crash happened at approximately 45kmh/28mph.

There’s no one to better explain what happened than the man himself. Side note: the video is in French language but there are after-crash images are below the video.

A quick sum up in English and a response to my question whether it was intentional (of course not, Lorry!):

“Indeed it was not intentional, especially not on cobbles at 50 km / h. I had my first biggish crash off-road earlier though.
Physically, I am super good, just bruised on the forearm. Given the fall I feel perfectly fine!
And quite frankly, I am delighted with the crashbars, they have moved a little bit because of the impact because the bike still slipped on 15-20 m easily …
During the fall, the upper part of the crash bars made very minor contact with the plastic.
I think with the additional engine guards, the crash bars will be even tougher.
Personally I did not have my action camera turned on because there was too much fog and we could see nothing. Another friend was filming and we can not see anything on the video apart from the fog and drizzle on the lens … I have nothing to show in video. I am disappointed…but glad that my bike was saved from thousand of dollars worth of damage. “ 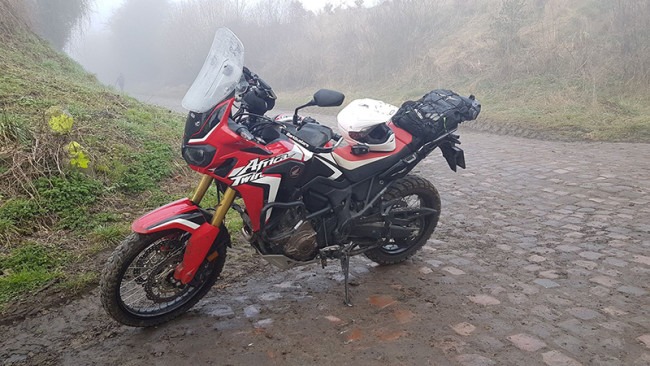 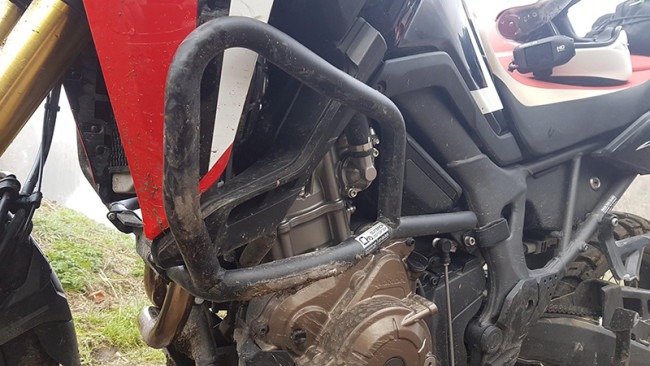 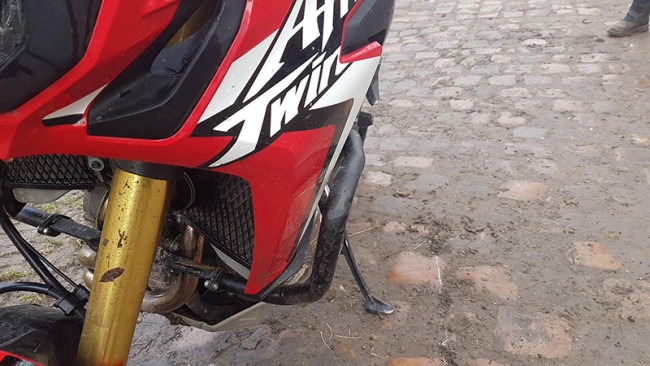 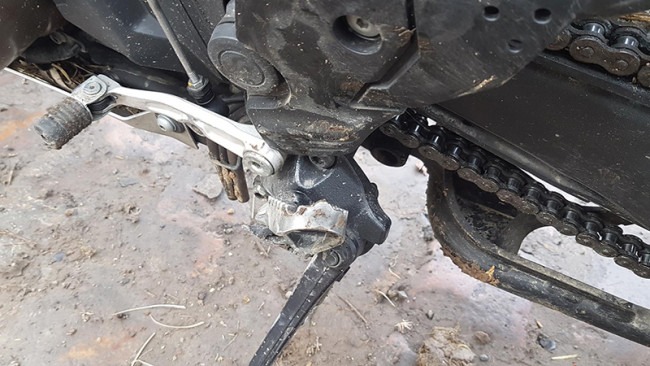 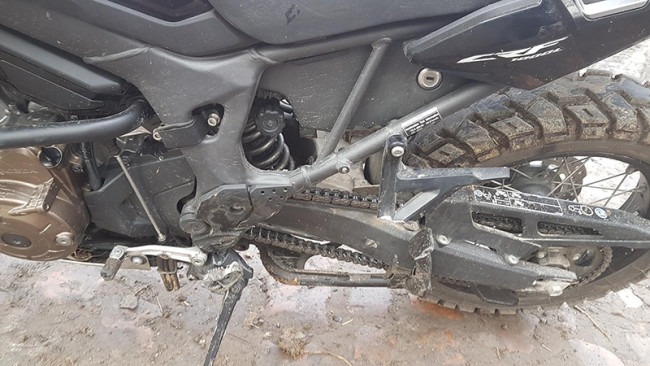