I could not stand the pressure anymore plus I really like Triumph’s 800cc adventure bike.

Yup. We’re making parts for it!

So, it is one of February’s biggest announcement. If you ride (and love) your Tiger 800, now you’ll have the chance to get it outfitted with Outback Motortek crash and engine protection a.k.a. crash bars and skid plate.

I know. We’ve sort of come late to the Tiger accessories market but to be absolutely frank it’s better be later than never.

Below, you’ll see a lot of images of our prototype crash bars and skid plate. Please note that the final products may look or have different features! 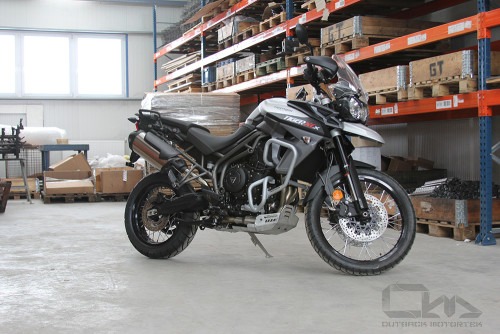 The crash bars come in two separate pieces with one being an engine guard and the other is a traditional crash guard system (to protect some of the plastic fairings and the radiator). 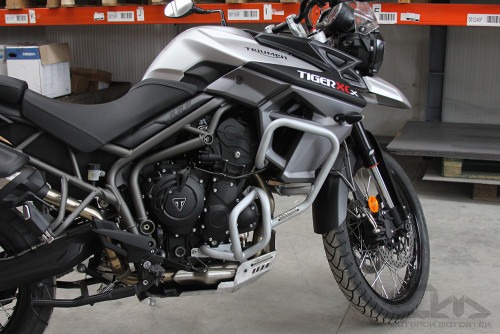 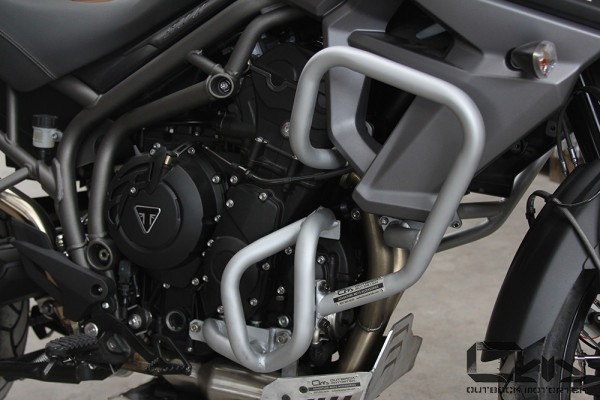 The two pieces are tied together with 8mm diameter 10.9 grade bolts. It makes installation much easier as well.

Also, we avoided the mistake to place the upper mounting tab across the valve cover. If you’re familiar with the issue then you know that some crash bars have damaged the engine… 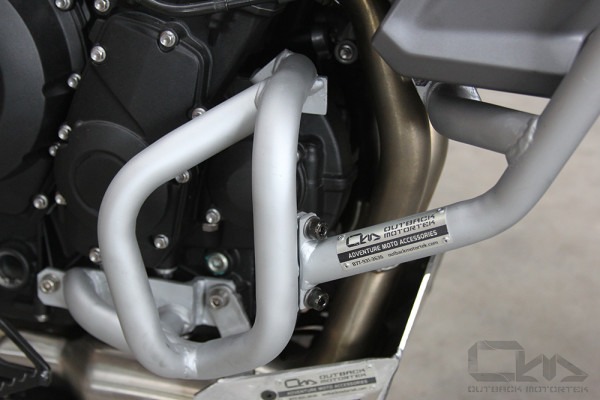 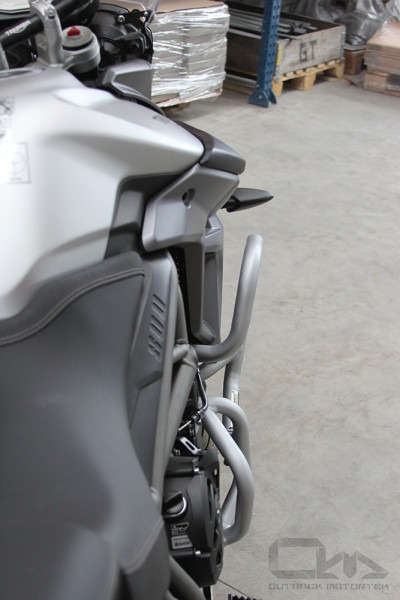 Crash guards coverage is essential on adventure bikes but higher coverage does not always mean better. With the lack of proper mounting points, we could only bring the upper parts of the crash guards so high. We also cared about the look and matching the bike’s gorgeous shape was just as vital as protecting it. 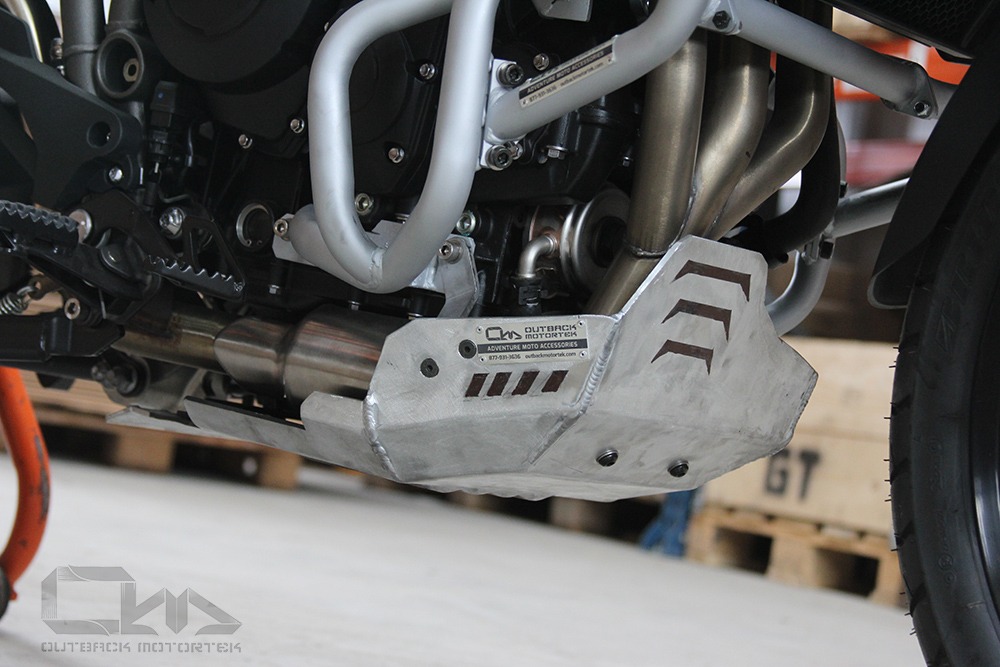 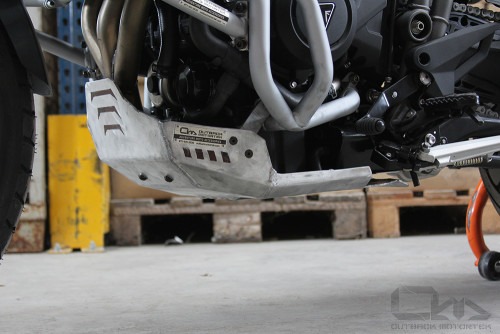 We took a different approach when it came to mounting the skid plate. Most if not all manufacturers use the four rubber isolators and the front factory mounting bracket to mount the skid plate. We skipped the front two rubber isolators. During harsh impacts, the bolts that are inserted inside the isolators tend to bend and/or break. Not to mention the whole skid plate mounting system lines up around the center of the skid plate, thus when it gets hit near the sides from underneath due to the impact the very same factory mounts can or will get ripped out of the engine. No fun! To prevent such headache, we mounted the skid plate wide by attaching a steel mounting tab each side to the crash bars’ mount. 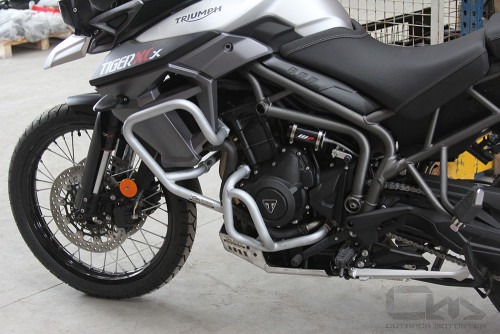 The prototype is now officially public and we’re looking forward to getting as much feedback as possible before we release the final products in March/April.