It all began in February, 2017 and now we are so close to releasing the Tiger 800 accessories. With some slight delay though. Also, prices are now available.

Most adventure bike riders are after crash and engine guards, since that’s the primary protection even for those who barely to never go off the pavement. Makes sense.
Then there’s the rest of the riders whom know that they’ll be exploring all sorts of terrains on their adventure/dual sport bikes and understand the need for both crash protection and engine protection in form of skid plate/bash plate.

Having said that, we’ve been working the hardest on the crash bars system which will include a nice engine guard just as you can see it in the photo below. Chances are that we’ll introduce the skid plate and the rear luggage rack in the same time. 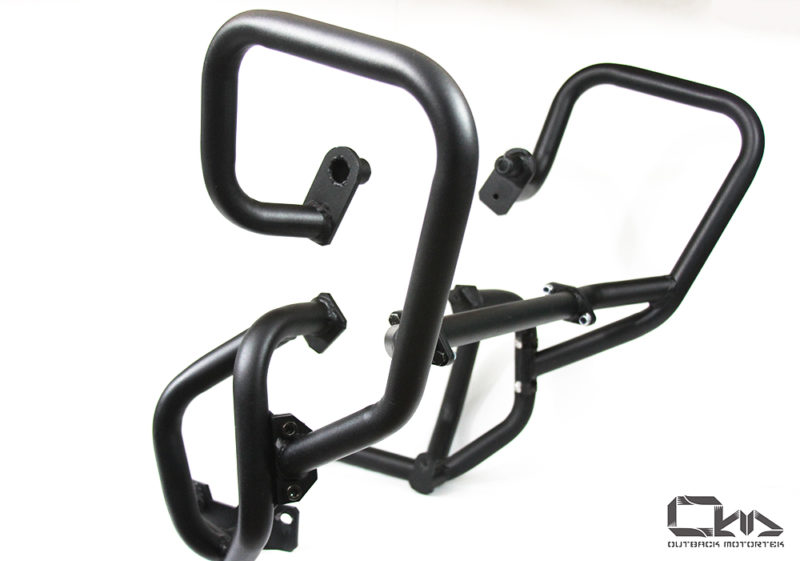 As it stands though, we’ve had to delay release until the second part of June. The reason: we’re making minor modifications to the crash bars system to make it fit the 2010-2014 Tiger 800 models. 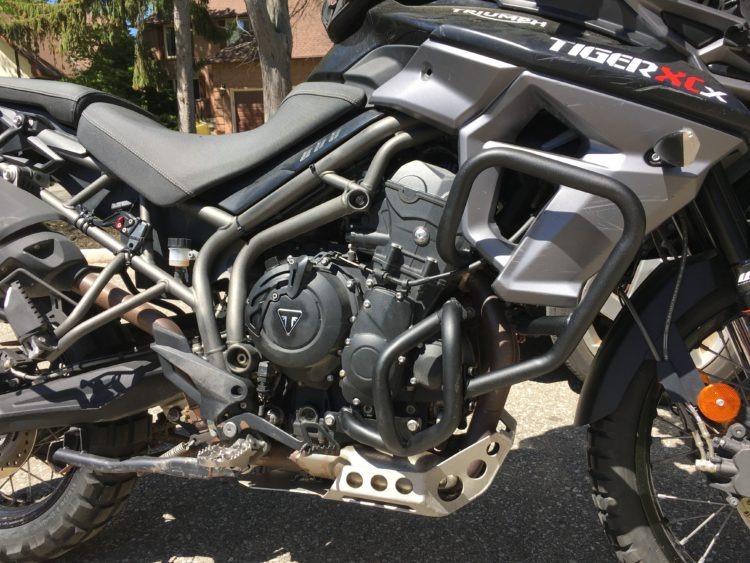 There’s something we’re really proud of: no cutting corners once again, just as we did with the BMW F series and Africa Twin 1000 crash bars (Crash test on our YouTube channel). All the mounting tabs are 5mm thick steel, every single steel tube we use is 27mm diameter with 2mm wall thickness and finally, we continue to follow our philosophy and design compact, very sturdy crash bars. We have no intentions to cover large areas of the bike with tubing and not being able to support the weight of the bike under heavy impact. 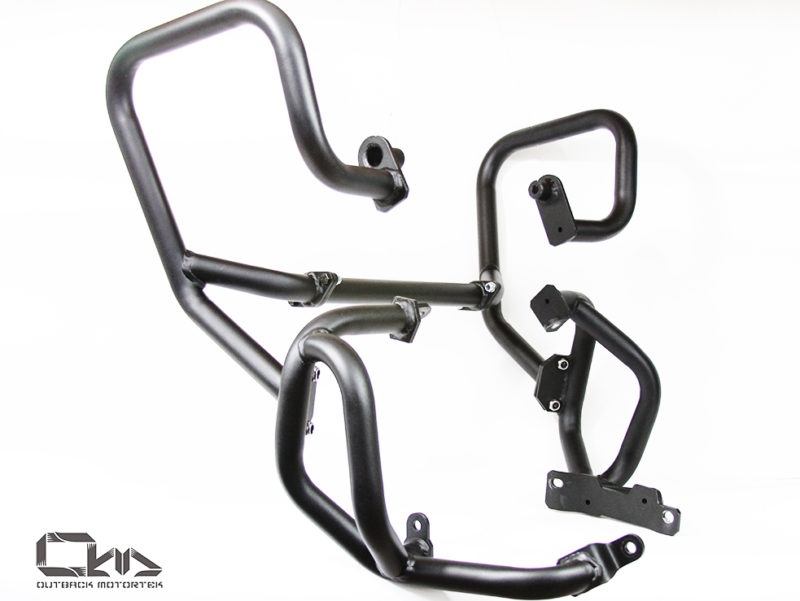 One very important feature we offer with our Triumph crash bars is how the upper mounting tabs are positioned – knowing that there are crash bar brands that caused damage to the valve cover – in order to clear the engine, should the tabs bend in case of a “big off” crash. 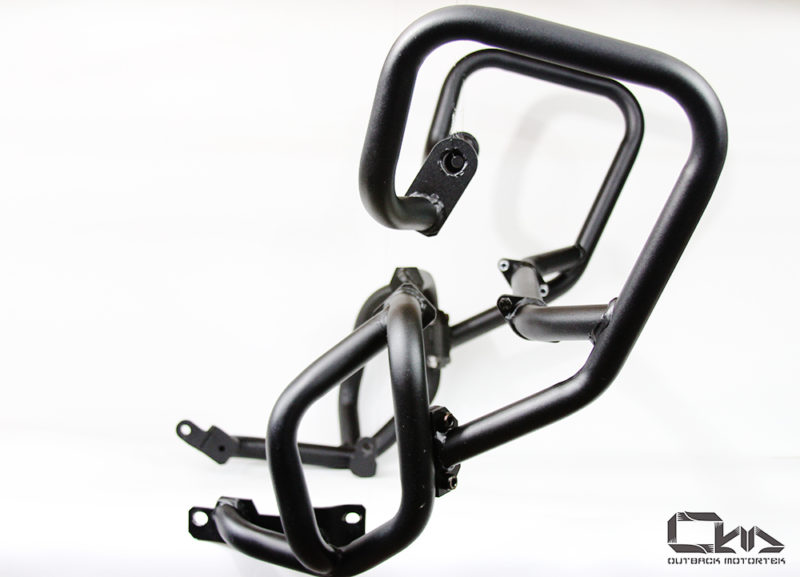 Canada (sales via DualSport Plus): https://canadashop.outbackmotortek.com/product/crash-bars-triumph-tiger-800/

Australia (sales via Adventure Moto Australia): To be announced soon.