It’s all super fresh. I mean both the KTM’s new 1090 model and the fact that we’re going to have this bike in the shop. For quite a while.

I’m not going to bore you with specs and features of the new KTM, journalists have already been doing that. Simply, I just want to let you know that we’ll begin working on some cool and most importantly functional accessories for this off-road beast. By the way, did you know that the legendary Chris Birch won the large displacement “enduro” class and finished 6th overall at the Hellas Rally this year? On a brand new KTM 1090R. Epic.

Let’s not steer too far away from the topic though. We’re coming out with the following products as soon as July/August2017:

The photos below depict a prototype only. Some feature may and will change. One of the reasons for this blog and for showing prototypes is to gather feedback from you. 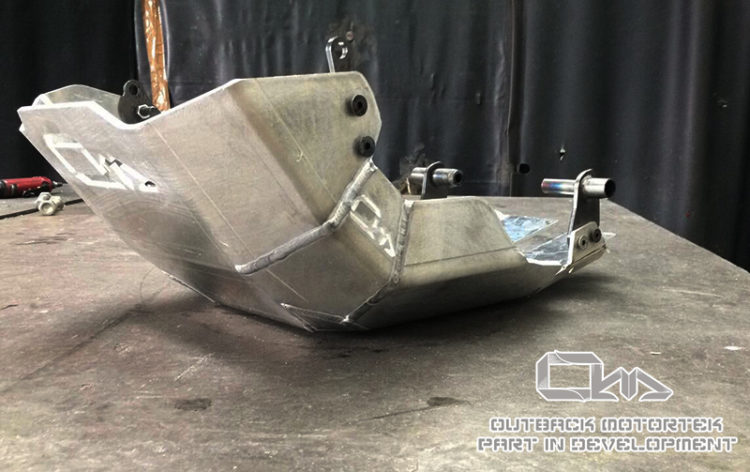 We’re designing a skid plate/bash plate that will efficiently provide coverage for the engine and the exhaust headers. We care about the shape of this unit as well. The last thing anyone would want on an off-road bike is a “boxy” design with sharp bends and corners. Our goal is the exact opposite to avoid getting caught on hard objects along trails which could result in you – the rider – being thrown off the bike. A proper skid plate/bash plate will deflect and absorb. 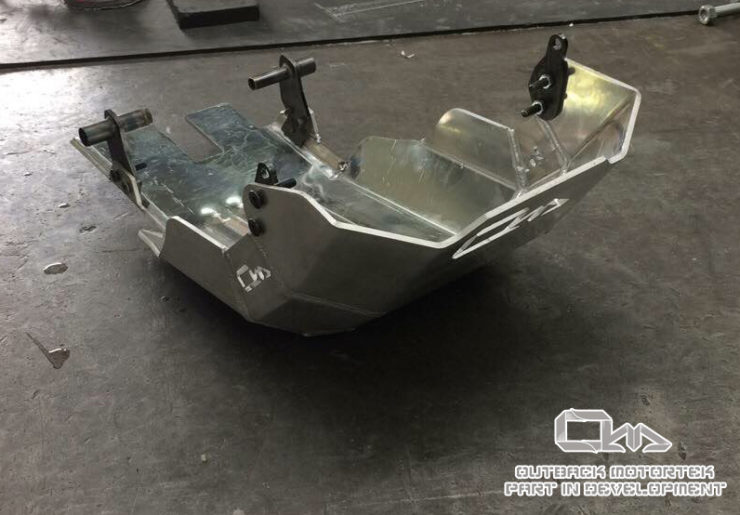 Our secondary goal is to introduce a heavy duty armour to protect the KTM’s engine. We’ve made a prototype using 5mm thick aluminum and it feels very beefy but it comes with some additional weight. Not a concern for now on a 230kg/507lbs bike. Can you imagine the impact when this 1090 lands on a rock! 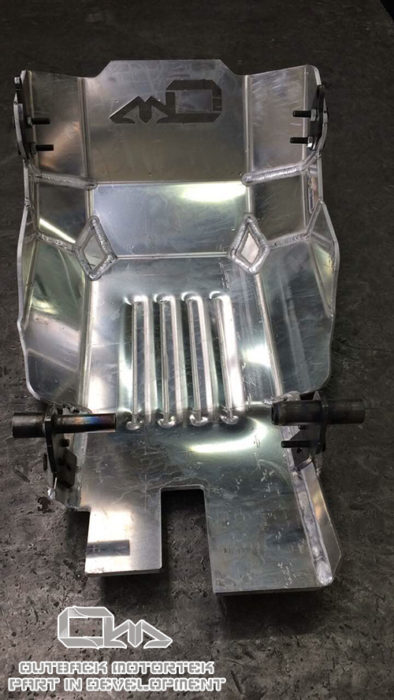 To “beef things up” more, the prototype skid plate/bash plate received the Outback Motortek signature reinforcement ribs. It might be an overkill, since the skid plate may end up being 5mm thick aluminum but it could certainly be helpful to glide over logs and rocks. Keep it or do not? 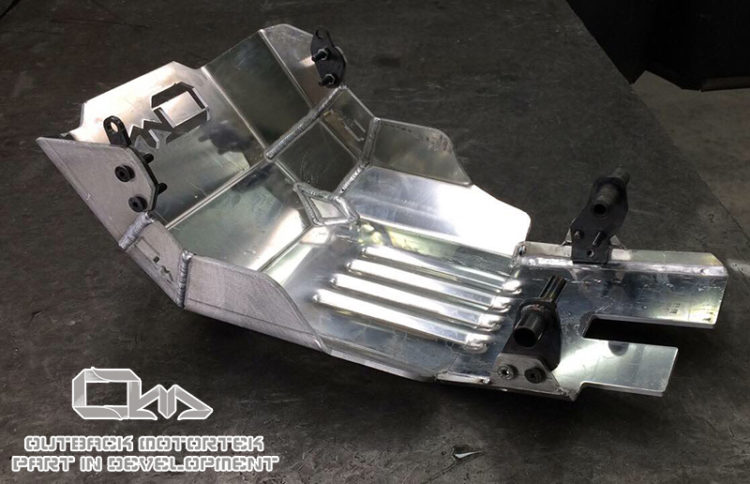 Ventilation? The 1190’s engine is known to produce a lot of heat according to KTM officials and owners. The new one apparently produces less. We don’t want to design a fully closed skid plate with no vent holes on it but in the same time we do not want to make a cheese grader looking product either. There could be changes to the skid plate on this front but we’ll find out after testing this plate for a couple of hundred kilometres. 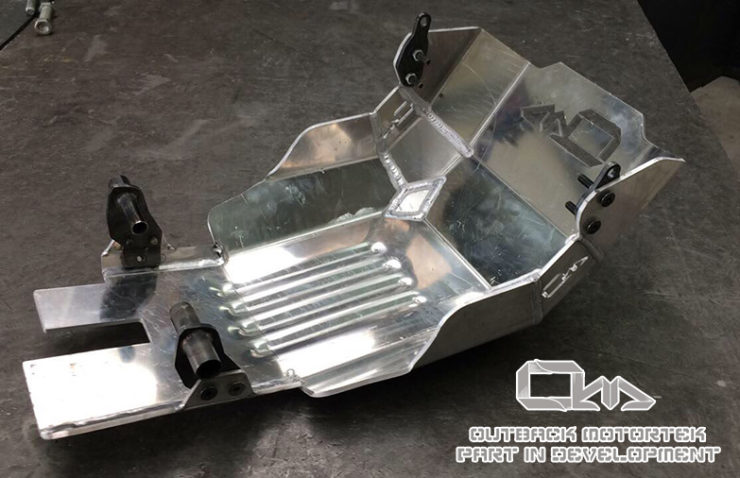 Furthermore, this skid plate/bash plate is cut out of a single sheet of aluminum for additional strength.

It’s another product that is still heavily in the development phase but the final version may not be significantly different. Most importantly though, I have to tell you that it’s an honour working with Adventure Moto Australia on this and other pannier rack project! 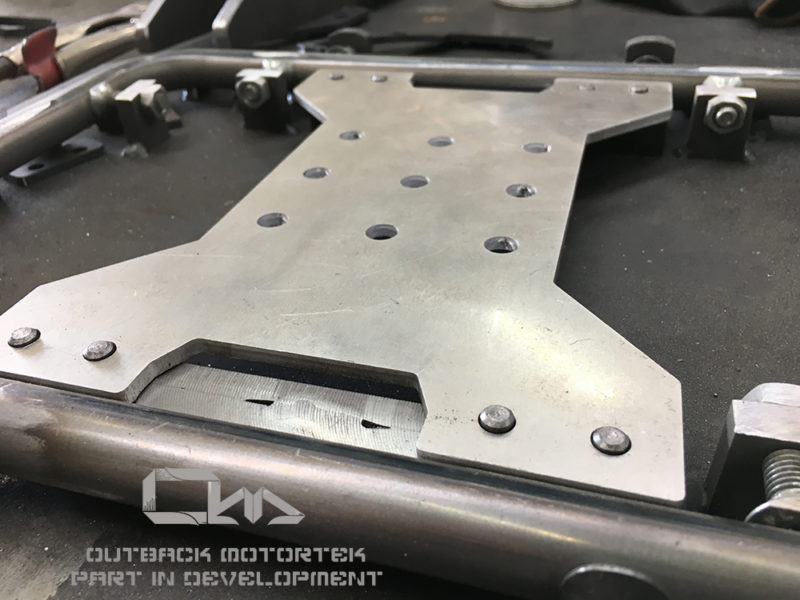 Basically what we’re trying achieve here is a design that will allow mounting all sorts of soft luggage and RotoPax cans in the same time, with the latter being a removable mount designed to attach RotoPax fuel cans onto. 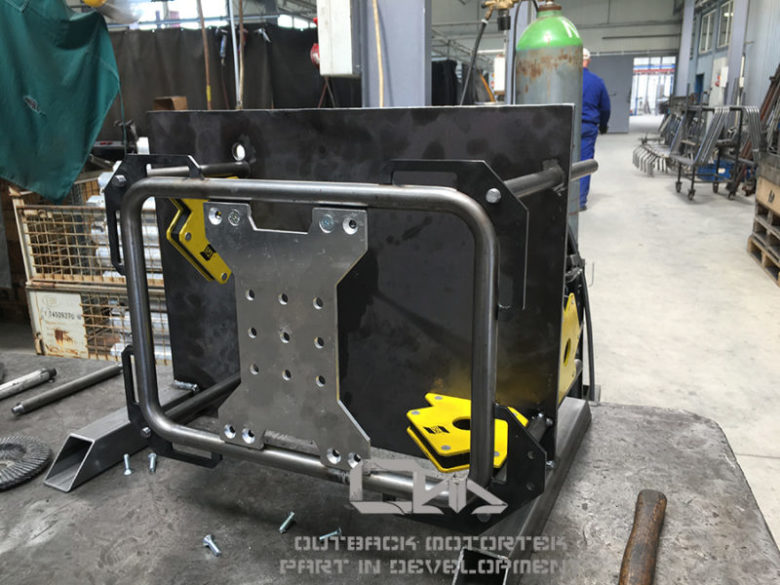 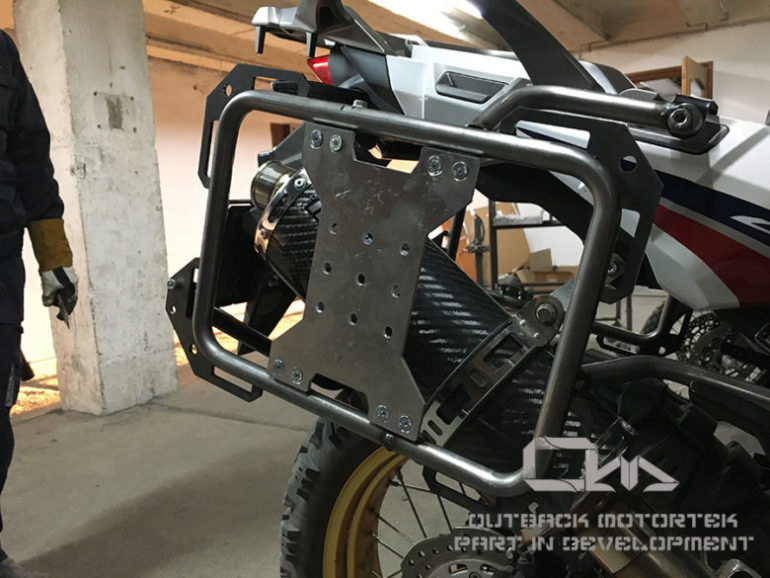 And finally, I little teaser from UpShift Online www.upshiftonline.com: