Skid plate, bash plate, engine guard, sump guard and so on. There are all sorts of names out there for this protective accessory. It’s simply just an armour after all!

Nevertheless it has large shoes to fill. The new Yamaha Tenere 700 falls in-between the adventure touring and the hardcore off-road adventure motorcycle category. It’s a fairly wide gap and we set out to find the happy medium solution to protect the Tenere 700’s engine.

Every manufacturer approaches the development differently. Ours was, well… different too.

Not focusing on the skid plate first gave us time to gather feedback from customers who had been using our crash bars but settled on either the OEM fitted or OEM Rally skid plate or other aftermarket skid plates. Some of them are shockingly poor, while others are good but don’t tick all the boxes.

The above statement should mean that we introduced the perfect skid plate?

Probably not. Perfect does not exist. However, there are five key elements we paid attention to during the development.

#1 This seems to be the major focus for all manufacturers without any exception. It makes sense too. The front tire can easily kick up some nasty rocks which can wreak havoc on the vulnerable exhaust header. 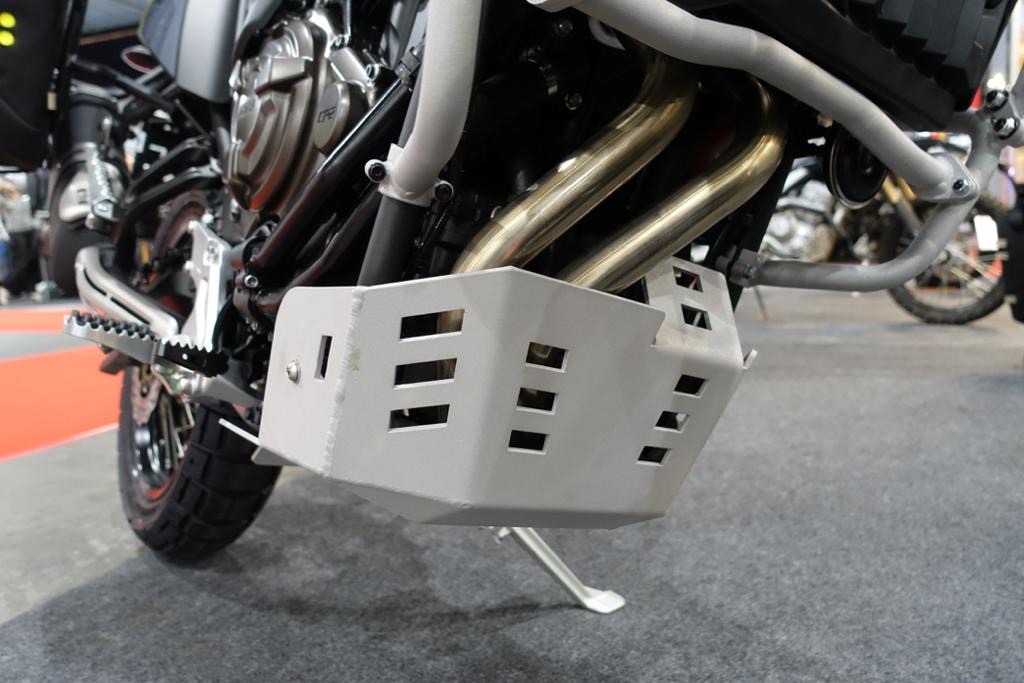 Essentially we could raise the front end even higher but testing the current setup on rocky terrain have been proven sufficient.

However, the big one we didn’t want to miss out on is the additional folded lip on the left hand side of the exhaust header. Why is it so important? Perhaps take a look at this example of the Yamaha “Rally” skid plate ultimate fail:

We came up with a dead-simple solution to prevent such a problem. Please note that the black skid plate in the photo below is the beta version, the silver one above is from production. 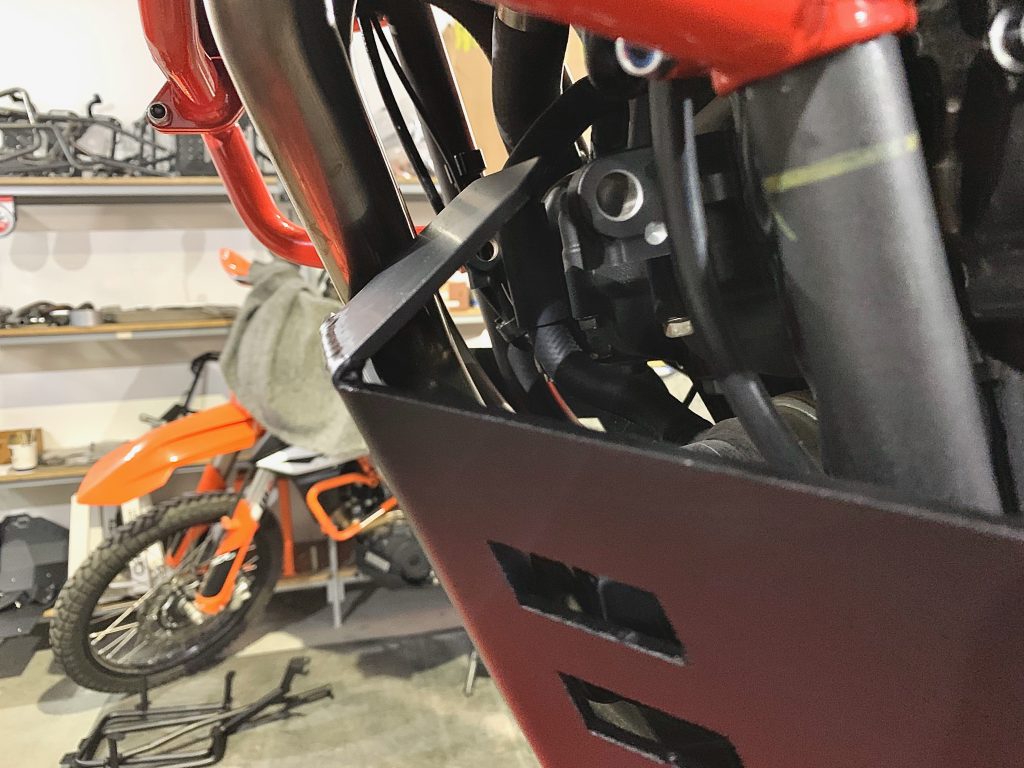 #2 Width is always very important. What we were looking to achieve during the design process is to create a structure which is wider than the engine itself. Why? Simply to deflect trail-side objects such as logs, stones etc. A wider skid plate can also provide relief for the gear shifter and brake pedal. 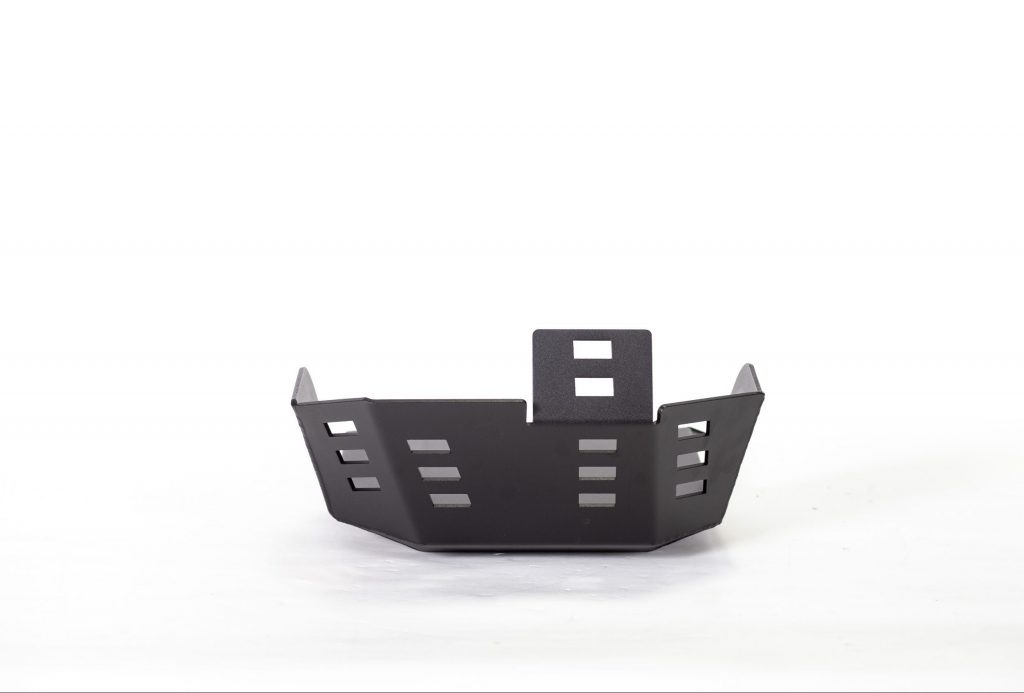 #3 Inevitable for essential coverage! Not to mention the support it offers to our skid plate. Side walls play an important role in protecting the engine case. These side walls perform even better if they’re supported. Hence we added a 5mm thick steel bracket on each side of the skid plate to support the side walls during impact.

Wrapping the skid plate around the engine is not feasible as it lacks sufficient support. We don’t want to give up searching just yet though. 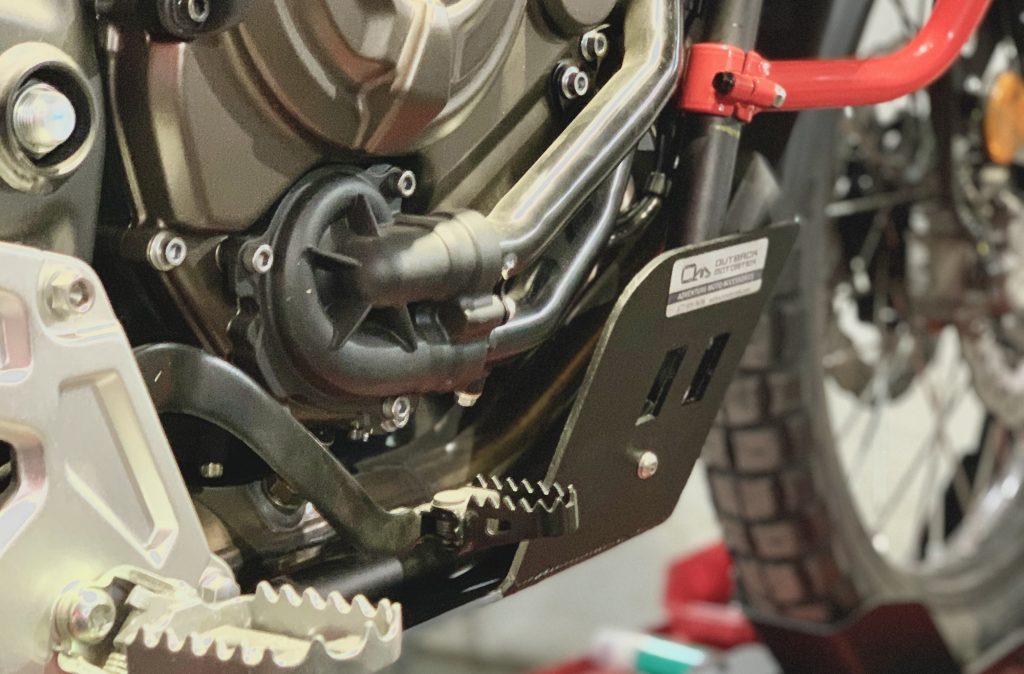 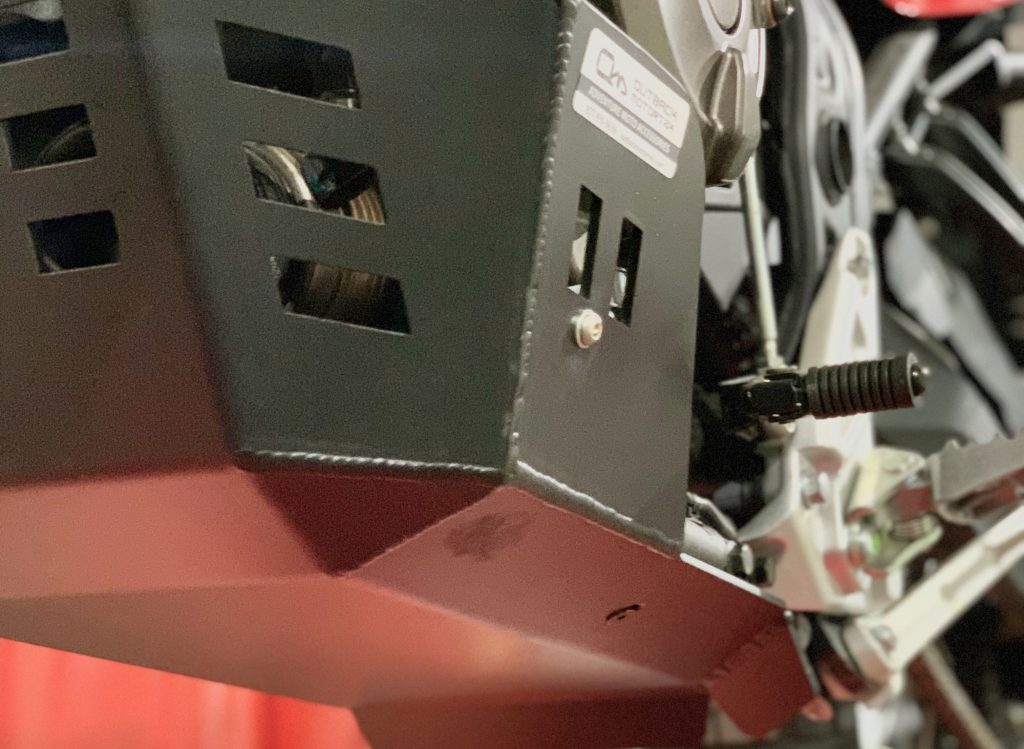 #4 is a bit controversial. Linkage protection seems to be a major concern for most Tenere 700 owners but it’s a bit blown out of proportion. 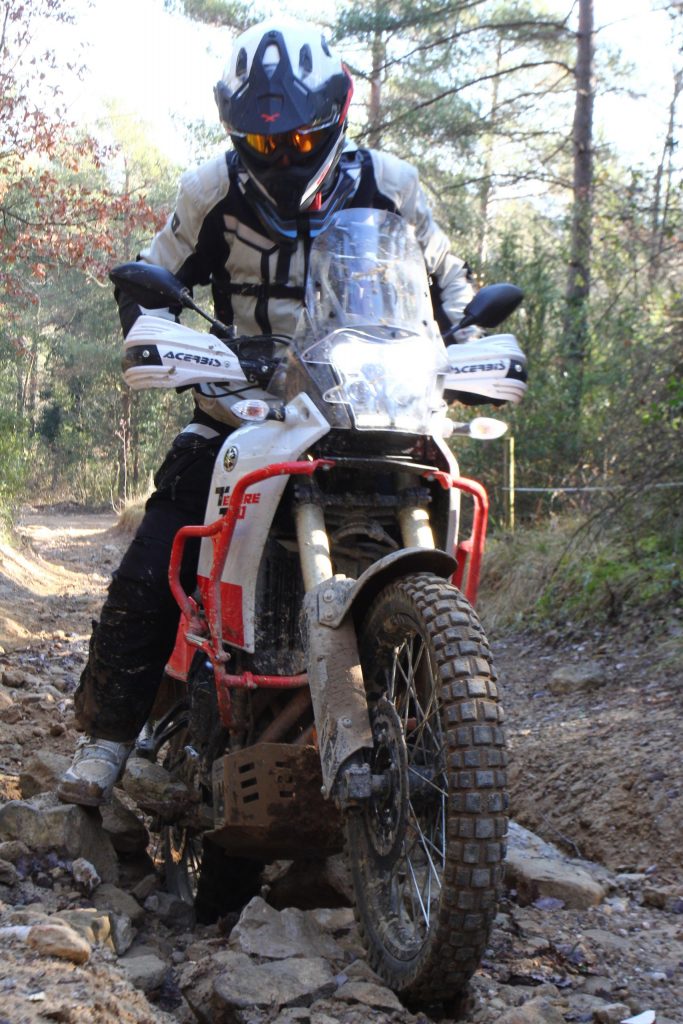 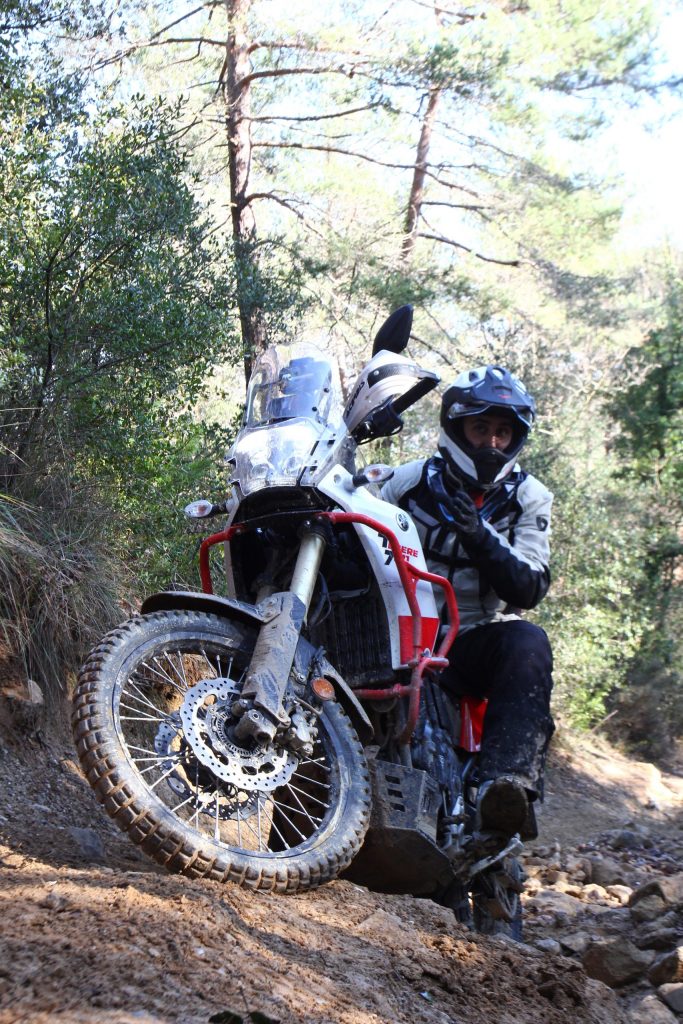 The above photos are just some of the examples for successful rock crawling rides with no or very little potential exposure to damage the linkage.

Our solution? A large folded lip at the very end of the skid plate. Should we consider an extension plate for the extreme riders? Possibly yes. 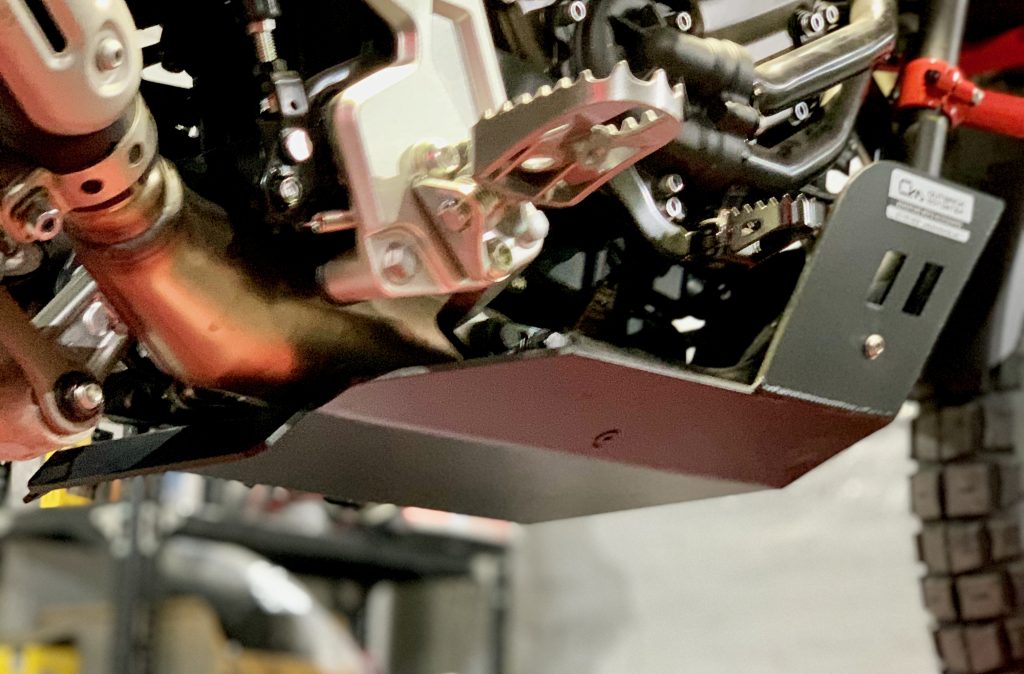 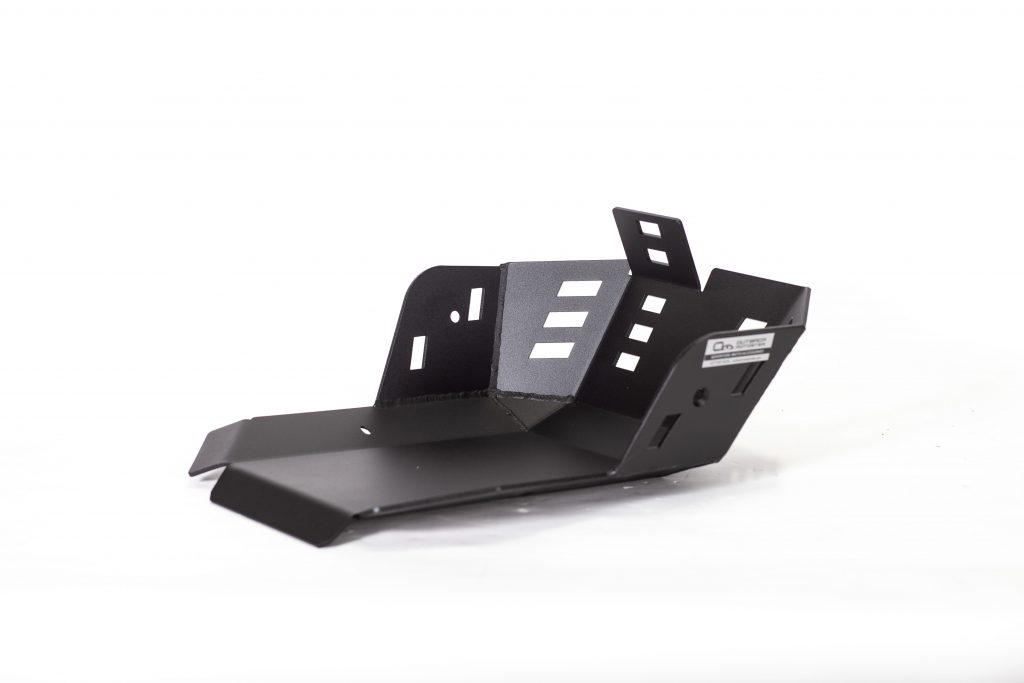 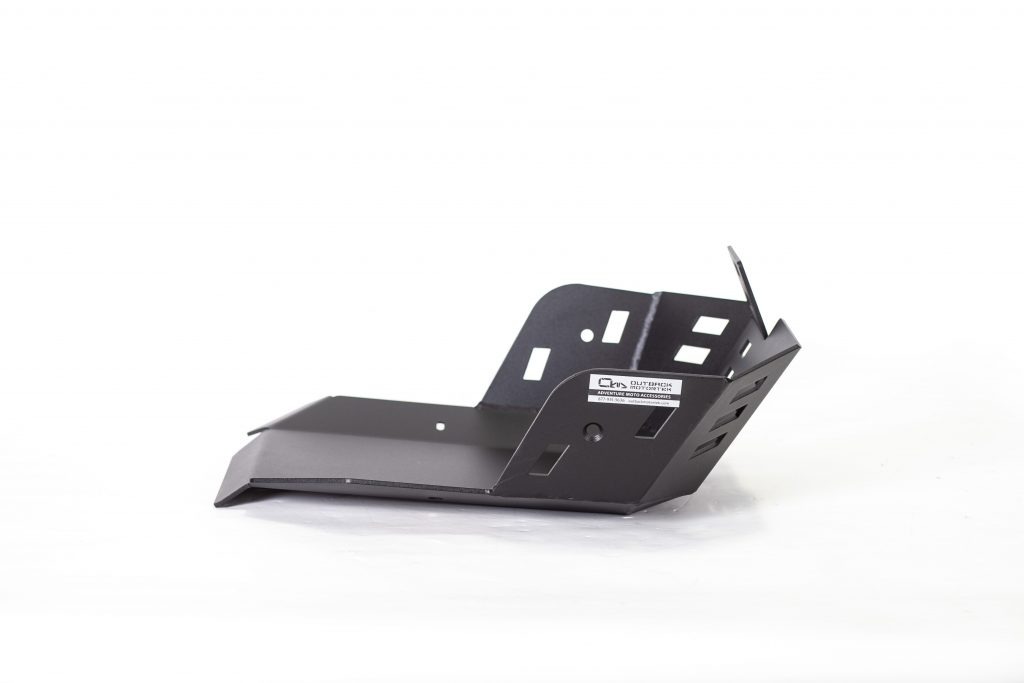 #5 This is a real concern yet no other manufacturer seems to put any effort into providing coverage for the side stand sensor! On two occasions we’ve seen this part got easily damaged. First when I rode the Tenere 700 up a small stair case of 4 steps (cca. 60cm/23″) . I was more concerned about the rear linkage but to my biggest surprise and disappointment the side stand sensor “shield” folded right onto the sensor. I pried it off and luckily it didn’t cut off the engine as I launched the bike up the staircase.

It wasn’t the case for this guy below. He rode with the OEM Yamaha Rally skid plate prior to switching to Outback Motortek and his time on the trail was put on hold. Crawling up a hill he had noticed that something got hit hard but he kept going with the momentum. After stopping for an inspection, he didn’t discover anything extraordinary. Except when he had tried to fire up the engine again. The ignition button didn’t respond. What to do? Troubleshooting.. 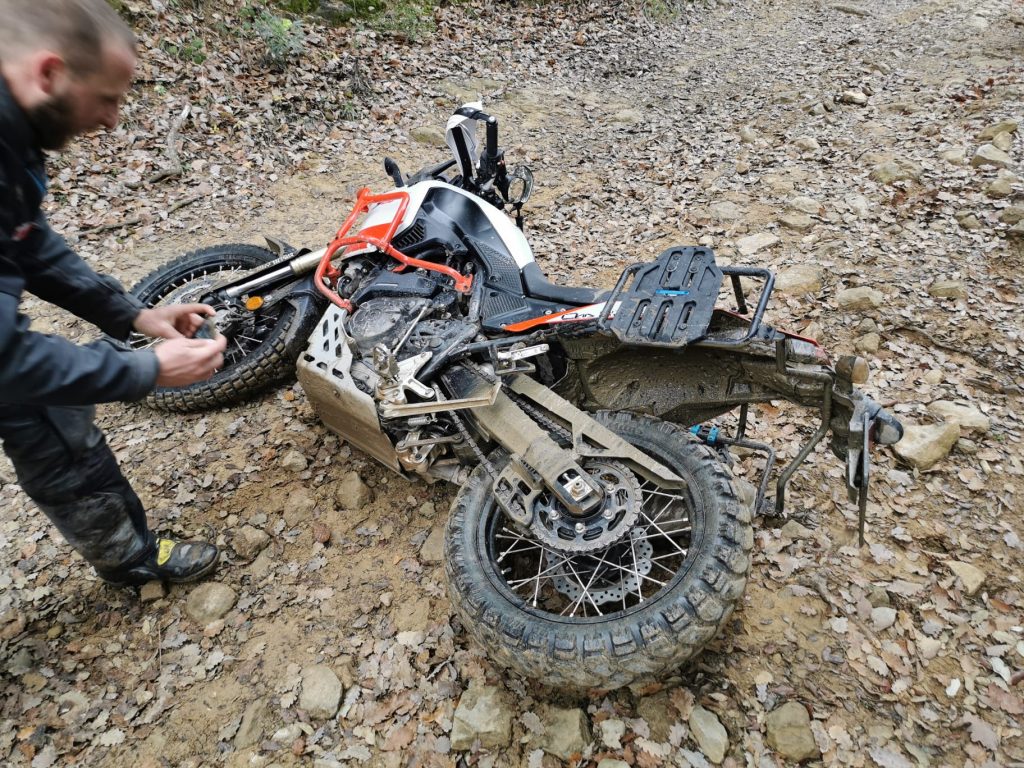 It seemed like the ride was over for him. The Tenere 700 was laying on its side..

He was looking for vital damage and just upon close inspection did he discover: the side stand shield got pressed hard against the sensor and it disabled the engine! 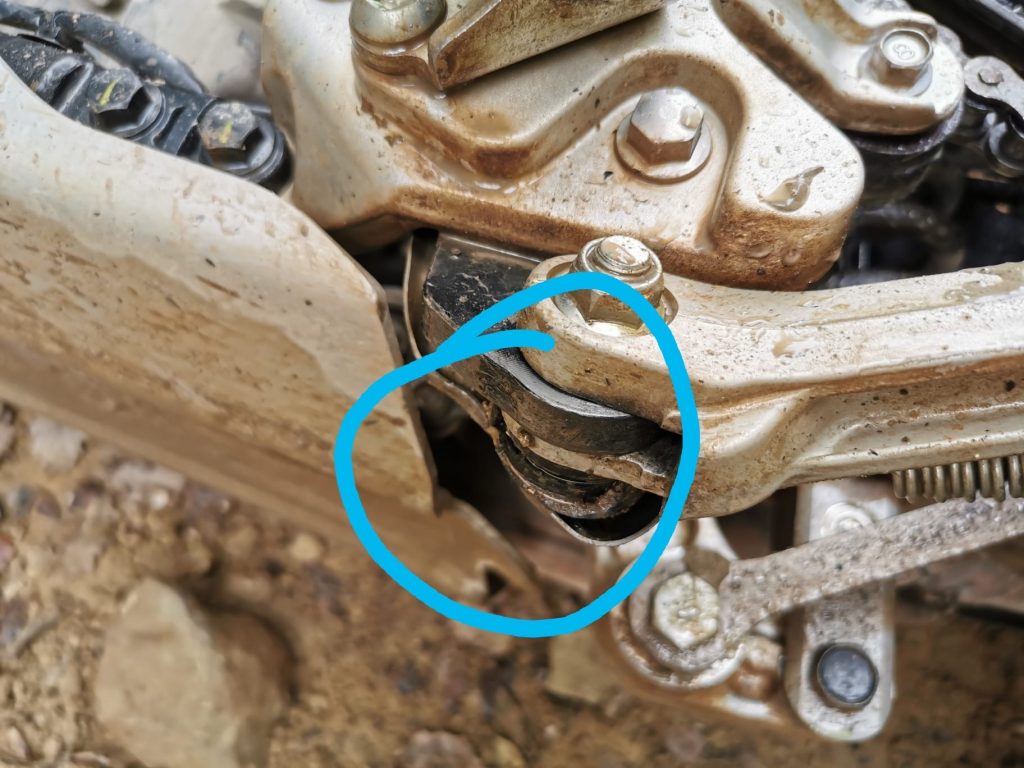 After prying off the tiny, useless little “shield” he managed to continue but there was visible damage done to the side stand itself.

Our solution to overcome this potential issue? An integrated lip in the skid plate which acts as a shield for the side stand sensor without sacrificing the ground clearance. 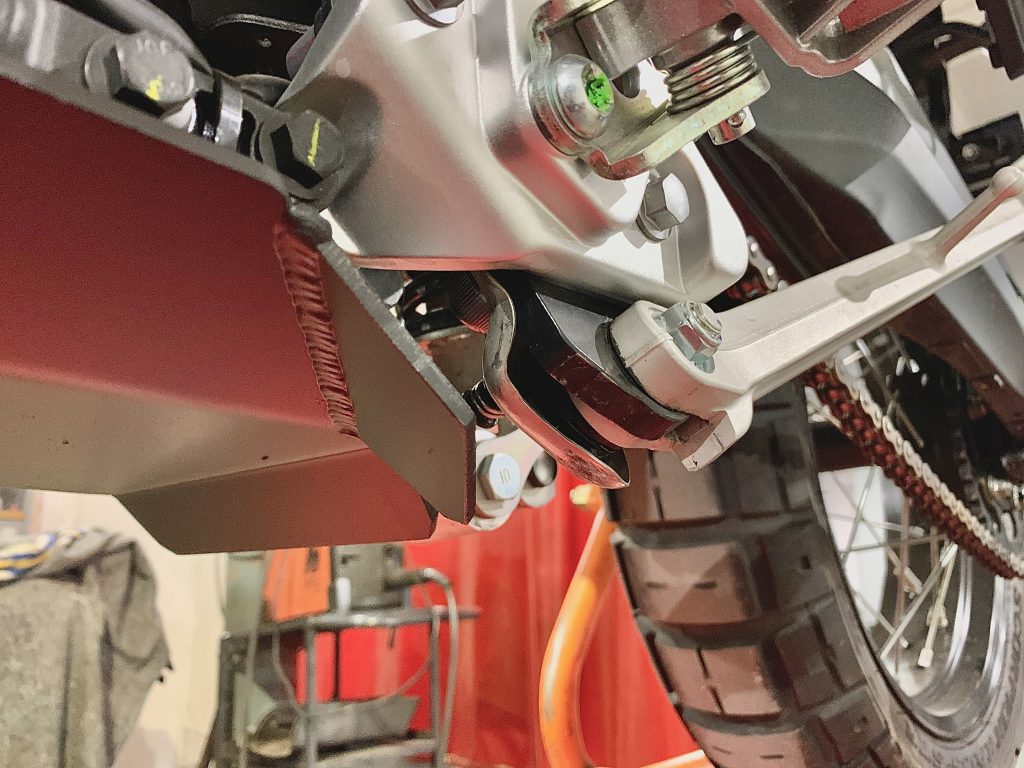 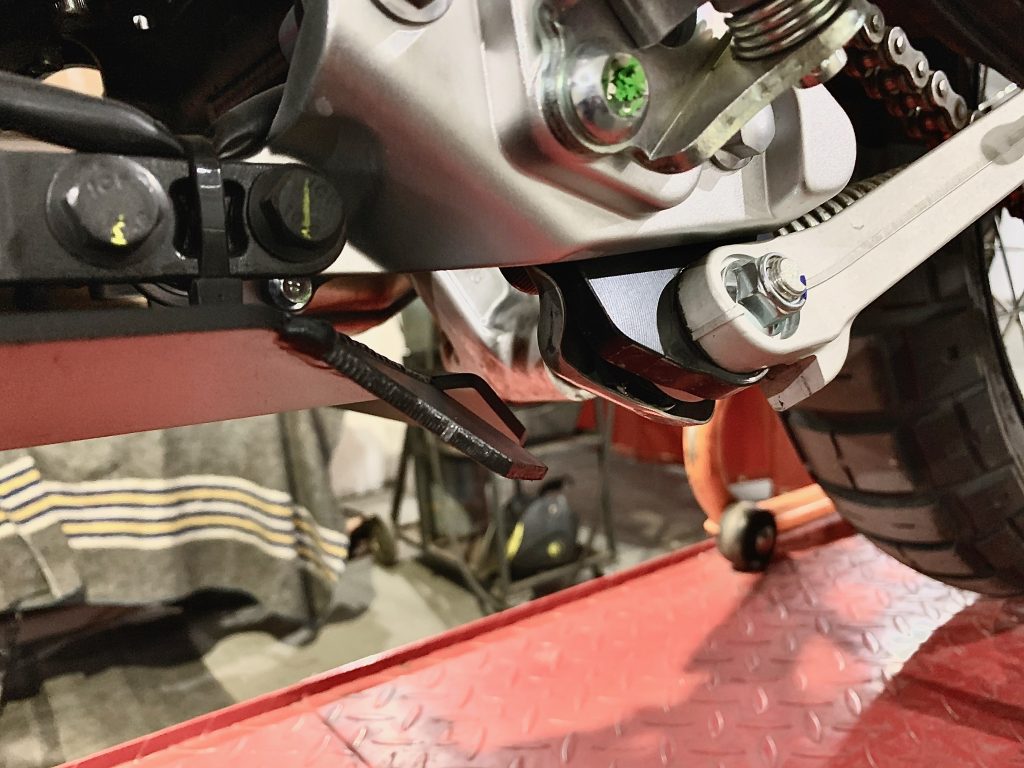 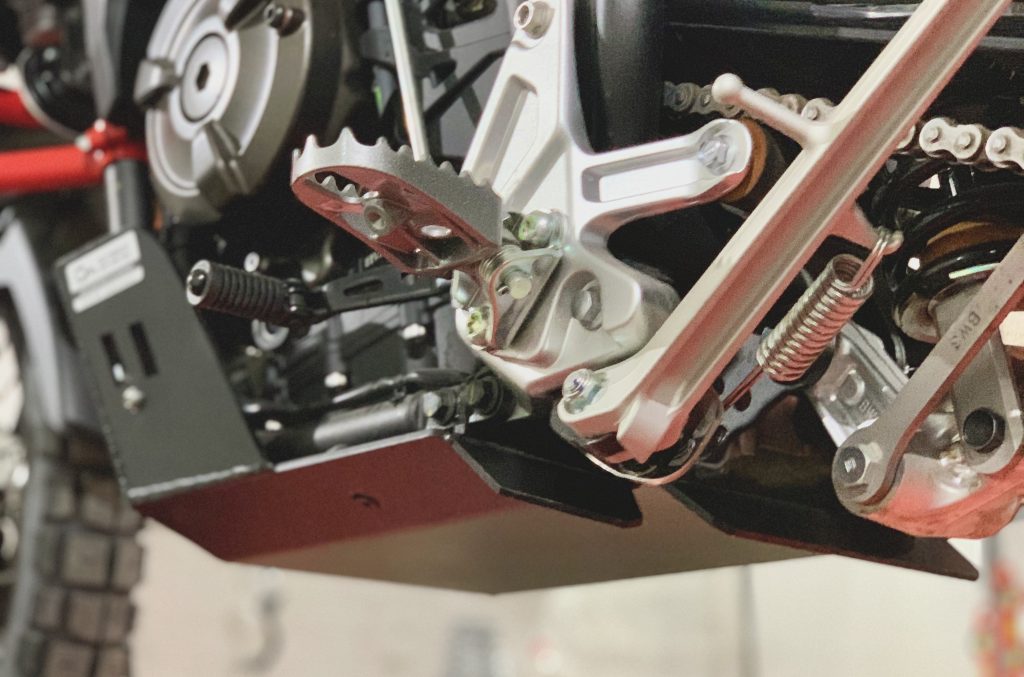 It’s not on the list but I’m sure many of you who have read my post all the way to the bottom are wondering “But what about the water pump?!“. Some of our customers have suggested a few potential improvements such as an additional, well-supported light tubing structure attached to the crash bars or a skid plate extension but we’re yet to find the proper spot for a supporting brace.